The sprawling Delhi Gymkhana Club nestles in an idyllic wooded setting in the heart of Lutyens’ Delhi. Spread over 27 acres of prime property off Safdarjung Road, the Delhi Gymkhana Club’s compound walls rub shoulders with the official residence of the late Indira Gandhi, now converted into a memorial, and also the residence of Prime Minister Narendra Modi on Lok Kalyan Marg.

A creation of the British architect Robert T Russell, who also designed Connaught Place and Teen Murti House, the Club is the favourite watering hole of the who’s who of Delhi’s bureaucracy, armed forces personnel, industrialists, and people from other walks of life. The Club’s tagline is apt: ‘Legacy Through History’.

Today, however, the calm of the iconic Club has been shattered and its existence has suddenly come under threat with its management engaged in a fierce legal battle with the Union government. On April 22, the Ministry of Corporate Affairs filed a petition with the National Company Law Tribunal (NCLT) seeking to take over the management of this 107-year-old institution.

The petition, filed under sections 241 and 242 of the Companies Act, 2013 and moved by the ministry’s regional director (north) Raj Singh, has alleged that the affairs of the Club are being run in a manner “prejudicial to public interest”. 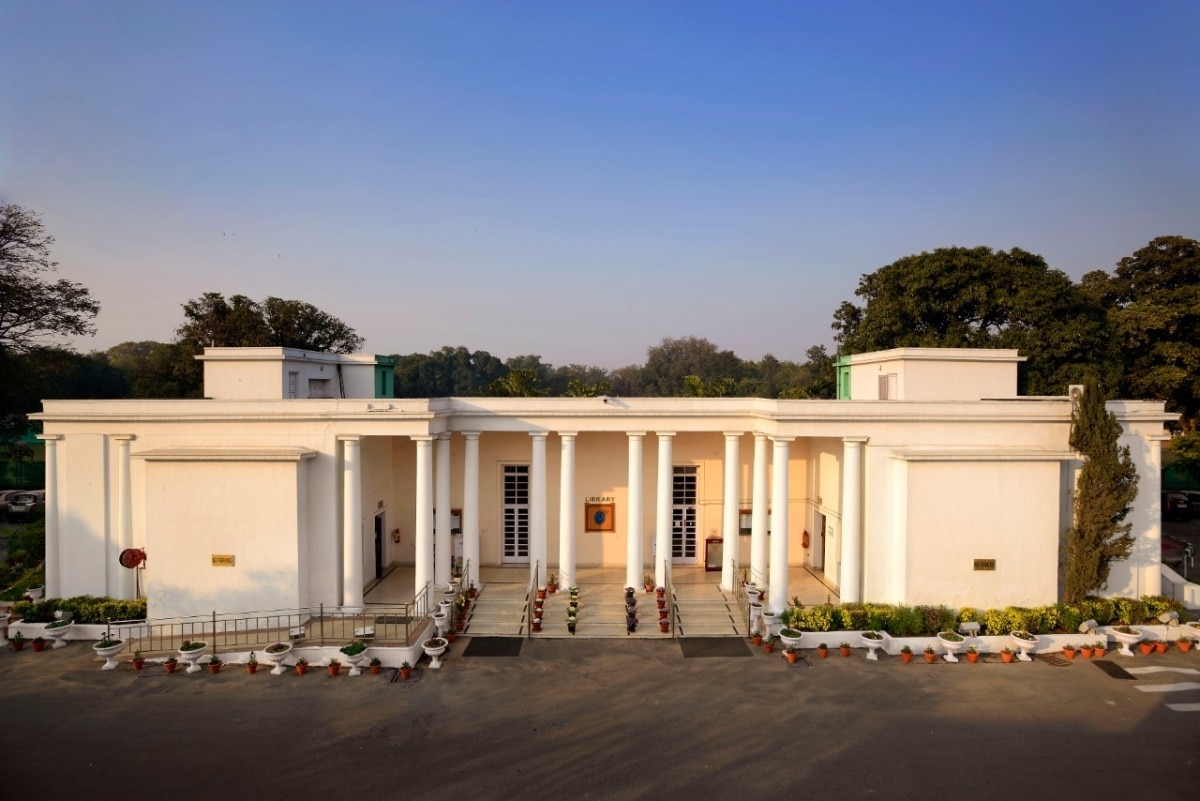 Furthermore, the petition has sought from the NCLT to transfer the Club’s management to a set of new administrators whom the ministry would presumably choose. The ministry also wants the NCLT to punish the Club and its general committee under Section 447 of the Companies Act, 2013 for a ‘fraud’ involving an amount of at least Rs 10 lakh or one per cent of the Club’s turnover, whichever is lower.

The petition claims that while land was allocated to the Club for sporting activities, only two per cent of the accounts show expenditure on sporting activities. The petition also claims that catering consumables, wines, beverages, and cigarettes make up as much as 30 per cent of the Club’s expenditure which is in violation of the terms of land allotment.

The petition also alleges that membership applications of ‘green card’ holders — permanent members’ dependents over 21 years of age — were fast-tracked while other applicants had to wait for 30-40 years.

As redressal, the ministry’s petition seeks the suspension of the Delhi Gymkhana Club’s general committee with immediate effect. The petition also seeks that the committee’s powers be transferred to a set of new administrators — in other words, 15 of the ministry’s chosen nominees.

The new government-appointed administrators, the petition claims, would undertake a “restructuring” so that the Club “functions as per [the] terms of its memorandum and articles of association”. The petition also seeks an immediate ban on acceptance of any further membership applications or fees. When contacted by Mail Today, Sanjay Shorey, director (legal and prosecution) in the Ministry of Corporate Affairs and who represented the government in the case, reiterated what he said in court: “In the garb of running it as a public club, they [the management] have made it a hereditary club for its members by way of accelerated membership [to relations], against the people standing in the queue for over 42 years.”

The case was heard by the National Company Law Tribunal on April 24 via video conference due to the nationwide lockdown. Appearing for the Club, senior advocate Vikas Singh and advocate Saket Sikri denied the government’s allegations of wrongdoing and argued against the demand that a new set of administrators be appointed immediately. “We have received just a two-day notice to appear before the court. We could not get time to arrange documents in lockdown. We need some more time to present our version,” the lawyers said in court on April 24. The next date of hearing is May 13.

Meanwhile, several members of the Delhi Gymkhana Club are aghast and incensed by the petition, which they say is not in ‘public interest’. The members have also questioned the government’s urgency in taking up the case while a nationwide lockdown is in force to contain the spread of the novel coronavirus.

The members say the petition is ‘frivolous’ and born out of the ‘undue grievance’ of a government official who was denied membership after he refused to pay an additional sum to the club. “It is seemingly the work of some disgruntled elements that hold positions of power and want to take control of the club. This is apparent from the fact that a three-year-old ongoing inspection has been listed as ‘urgent’ amid the lockdown,” said Major SK Yadav, a long-time member.

Defending the Club’s track record, its president Lieutenant General DR Soni said, “The Club is an honourable institution, over 100 years old. It has nurtured and encouraged sports, literature, music, arts, crafts and culture. Since March, the Club contributed over Rs 40 lakh to the PMNRF [Prime Minister’s National Relief Fund] and PM Cares fund. It donated rations to migrants and the underprivileged from Day 2 of the lockdown.”

Another prominent member of the Club and former chief of India’s external intelligence agency, Research & Analysis Wing (R&AW), AS Dulat alleged, “I think the ministry’s petition is prompted by vested interests. I know for sure that the members of the Club are supreme and all matters are approved by the general body. The government can never be wrong, but why would it want to change age-old way of life? Procedural errors, if any, can surely be rectified. The matter is sub judice.”

The Delhi Gymkhana Club, incorporated in July 1913 as the Imperial Delhi Gymkhana Club and meant to promote sports, art, culture, charity, and other themes, stands on 27.03 acres of land that was granted to it on perpetual lease by the government of the day. The word ‘Imperial’ was removed in 1959.

The Club is listed under the Companies Act as a Section 8 company — for charitable or not-for-profit purposes. The management of the Club comprises of a president and a 16-member committee that is elected by its 5,600 members every year. The president’s post is alternated between somebody from an Army background and a retired civil servant. Inside the library of the Delhi Gymkhana Club (Picture Credits: Mail Today)

With the matter being sub judice, the management of the Club is wary of giving details about its functioning. But Mail Today has learnt that from the fees collected from existing and aspiring members, the Club had created fixed bank deposits worth Rs 28 crore. Of this, cheques worth Rs 7 crore have been reimbursed to aspiring members on the waiting list. Additionally, the Club’s daily income from its restaurants, bar, gym, sports facilities, etc is Rs 7.5 lakh.

On the issue of whether the government can legally take over the management of such an institution, Salman Waris, a founding partner of TechLegis Advocates and Solicitors, said, “A Section 8 company is registered as a normal company with a limitation that the owners/directors/president does not make profits. Cases regarding such companies can be taken up by the government at NCLT for takeover.”

Section 8 companies, which are not meant for profit-making, have certain privileges — for example, they get heavy tax benefits and do not need to fulfil a minimum capital requirement.

Noted corporate lawyer Huzefa Nasikwala told Mail Today: “The licence can be revoked by the government under three circumstances — one, if the club’s management contravenes any terms and conditions under which the licence was issued; two, if the affairs of the company are conducted fraudulently; and three, if the affairs conducted are prejudicial to public interest, and favouring individual interests. Once the licence is revoked, the company is either wound up or amalgamated into some other company. In this case, the government seemingly wants to keep the club running, but through its own management.”

Writing in The Tribune, veteran journalist Rahul Singh, a member of the Club and son of famed author Khushwant Singh, said that while the Club needs to reform its ways urgently on several issues, “a government takeover of the Club is an absolute no-no. It can only make matters worse, not better, as anybody who has had dealings with the government knows. Internal cleansing is the answer not just for Delhi Gym but if necessary, other private clubs as well”.

With the shadow of ‘maximum government’ looming large on this autonomous legacy-rich institution, the Club and its members are even ready to take the battle to the Supreme Court if the tribunal rules adversely against it.