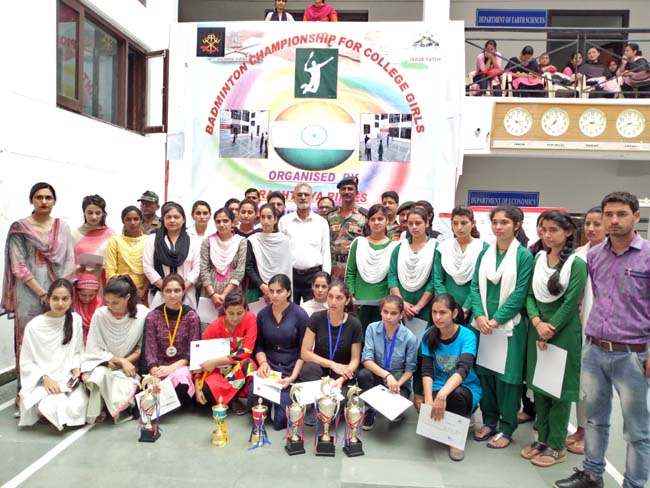 Bhaderwah Campus , University of Jammu lifted the badminton championship for College Girls by winning both Singles and doubles matches played today at the Indoor stadium of Bhaderwah Campus.

The winner and runner-up team in both Singles and Doubles were awarded winning trophies.   All the participants who participated in the three days badminton championship were given certificates.

Prof. GM Bhat in his address congratulated 4 RR camped at Bhaderwah for organizing this badminton championship especially for girls students of different colleges and Bhaderwah Campus. “Such events will help in winning goodwill of locals and will also promote sports activities in the region and further facilitating youth empowerment, ”Prof. Bhat said adding that ongoing process for inculcating sports activities at Bhaderwah and its adjoining areas.

He further said that ongoing promotion of extracurricular and sports activities aimed at exploring hidden talent of chenab belt.