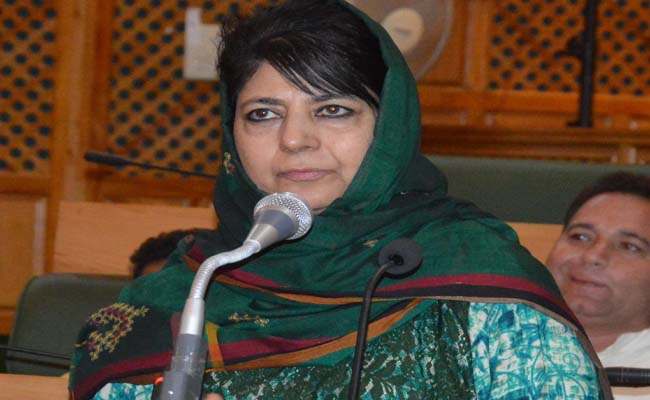 The Jammu and Kashmir BJP has demanded PDP chief Mehbooba Mufti’s arrest for her “seditious” remarks, wherein she said she would only hold the tricolour when the flag of the erstwhile state is restored.
The BJP said “no power on earth” can either hoist the state flag again or restore Article 370 of the Constitution, which granted a special status to the erstwhile state of Jammu and Kashmir .
Mehbooba had made these remarks at a press conference in Srinagar on Friday.
She had criticised the Centre for “ stealing Article 370 from the constitution.”
“I request Lieutenant Governor Manoj Sinha to take cognisance of the seditious remarks of Mehbooba Mufti, book her for the seditious act and put her behind bars,” Jammu and Kashmir BJP president Ravinder Raina told reporters.
“We will sacrifice every drop of our blood for our flag, country and motherland. Jammu and Kashmir is an integral part of our country, so only one flag can be hoisted in Jammu and Kashmir and that is the national flag,” he said.