BJP finally tells off Shatrughan: Quit if you don’t like it here 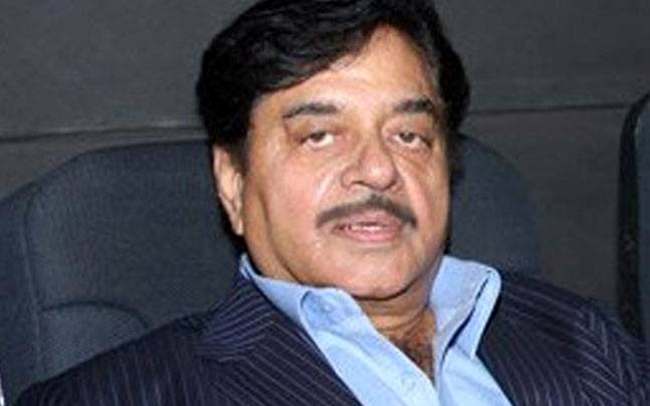 The rebel MP has been flirting with RJD and Congress.

After constantly facing jibes from Shatrughan Sinha, BJP MP from Patna Sahib, the BJP finally advised the veteran actor to leave the party “if he does not like it.”

Modi was speaking at a programme organised by a TV channel on Tuesday night.

Sinha, an actor-turned-politician, has virtually turned into a BJP rebel, lashing out at his own party leaders on national and state issues, often from public platforms. He has also targeted Prime Minister Narendra Modi on issues like rising fuel prices, demonetisation, Rafale deal and the Vijay Mallya case.

“Shatrughan Sinha is also my icon but the manner in which he is targeting the BJP, he should quit. He is using all sorts of language against the party which made him the cabinet minister, Rajya Sabha member for two terms and gave him two terms in the Lok Sabha,” said Modi.

What embarrassed the BJP most that while criticizing the party and demonetisation and GST, Sinha also started visiting opposition leaders, including Lalu Prasad. “He met Lalu Prasad and has started projecting his son as CM of Bihar,” said Modi.

Sinha, who had been visiting an ailing Lalu Prasad at his Patna residence, also went to RIIMS in Ranchi December last to meet the RJD chief.

Modi also dared Sinha to contest from Patna Sahib if he was so sure of his popularity. “His victory in last parliamentary elections was made possible by the joint efforts of BJP leaders like Nand Kishore Yadav, Sanjeev Chaurasia, Arun Kumar Sinha and Nitisn Navin,” he said.

Modi, whose name is doing the rounds in political circles as the probable BJP candidate from Patna Sahib, left it to party to take a call on it. “If the party decides, I will contest. If not, I will not. I am born in the BJP and will die in this party,” he said.

Modi, who won Lok Sabha polls from Bhagalpur in 2004, was later made the deputy chief minister in the Nitish Kumar-led NDA government in 2005.

As regards Sinha, he announced his intention to contest again from Patna Sahib in 2019, but did not specify if he intends to join any other party. “The BJP did not give me a ticket; I took it on my own. And I will contest from Patna Sahib again,” he said at the same event held by a TV channel. “The location (constituency) will be the same, even if the situation is otherwise,” he said.

Sinha has been cosying up to opposition parties such as the Rashtriya Janata Dal (RJD) and the Congress. He has praised RJD’s Tejashwi Yadav, calling him a “very mature leader”.

Yadav reciprocated the gesture at an iftar party last year. “Chacha (Shatrughan Sinha) is with us,” he said, fuelling speculation that Sinha could be the RJD candidate for the Patna Sahib seat in 2019.