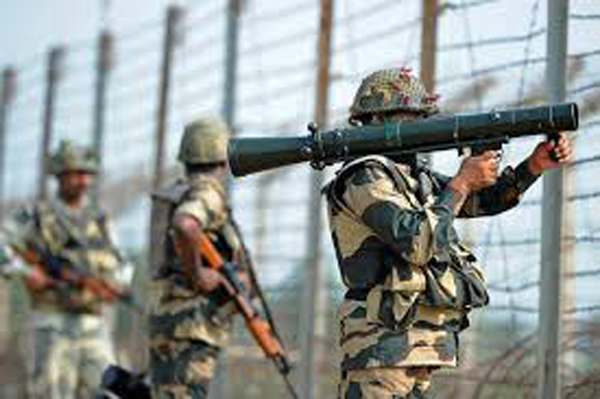 The Border Security Force on Tuesday evening claimed its men had destroyed 14 posts of Pakistani Rangers in a retaliatory fire at the International Border, where intense shelling from across the border has killed eight civilians , mostly women and children.

BSF sources told JKNT that the force men responded in kind to Pakistani shelling from across the LoC and international border. The BSF said its was the “ targeted fire at the Pakistani posts that were raining heavy mortar shells on the Indian villages and civilian population. In this return fire, we destroyed 14 of Pakistani posts.”

Earlier, army sources had disclosed that two Pakistani soldiers were killed in the retaliatory fire.
Pakistan, however, has neither confirmed nor denied the Indian claims.