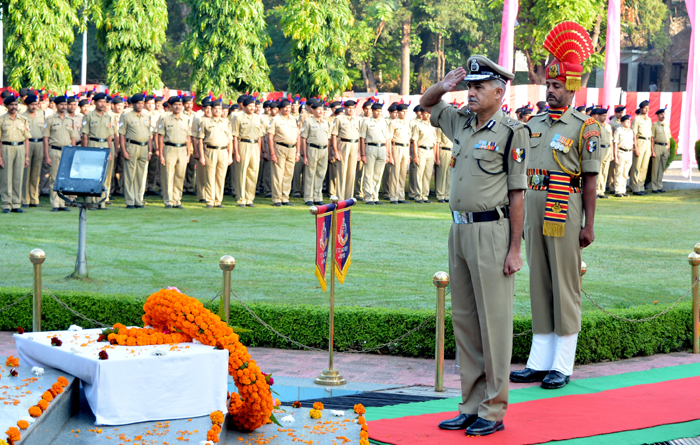 N S Jamwal , IG BSF, Jammu, Officers and all ranks paid tribute to the martyrs On 21st Oct 2019, at BSF Shaheed Memorial Paloura camp Jammu. On this occasion IG BSF Jammu read out the names of the BSF Martyrs who laid their lives in the service of the Nation during current year.

N S Jamwal, IG BSF Jammu said that during last one year a total of 292 Police/ Paramilitary person laid their lives in the service of the nation, out of which 41 belonged to BSF which is second highest among the paramilitary forces. It is worthwhile to mention that, BSF apart from manning Pakistan and Bangladesh border is also deployed in anti naxal operation in Chhattisgarh & Odisha and for counter insurgency operation in north-east states. Police commemoration day India is celebrated on October 21st in honor and remembrance of CAPF personnel killed by Chinese Soldier in 1959 at hot spring Ladakh. This day was officially instituted in 1960 and has been observed at the national level every year.