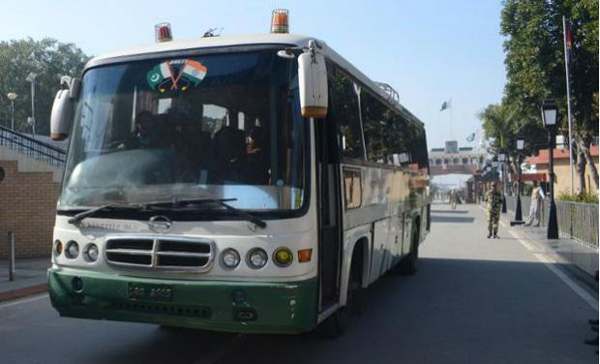 The cross-LoC bus service , better known as Carvan-e-Aman , did not  take off today because of the high level of tensions on the Line of Control between Indian and Pakistan armies in which both sides have suffered casualties.

The service  from Srinagar to Muzaffarabad had not stopped even for a single time during the 115 days of unrest in Kashmir not even after the September 18th terror attack in Uri in which 19  Indian soldiers were killed nor post “ surgical strikes” by the Indian army at the terrorist launching pads in the Pakistan occupied  Kashmir .

The cross-LoC bus service was started in  April 2005 after the relations between India and Pakistan had improved. This was described as “ collapse of Berlin Wall” as it was  for the first time after the division of the  state in 1947 that the peoples from both sides were allowed to move on the road that connected two capitals of the divided parts of Jammu and Kashmir.

The  “ Caravan-e-Aman” was flagged off by  Prime Minister Manmohan Singh and Congress president  Sonia Gandhi from Sher-e-Kashmir cricket stadium , Srinagar, the place that is embedded in the history of Kashmir for many firsts.