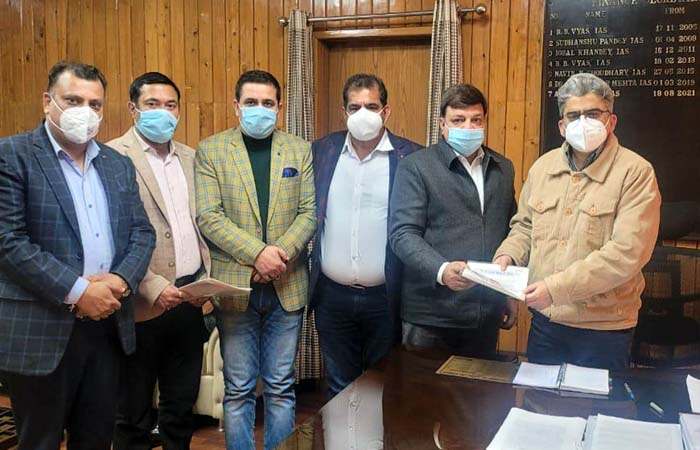 The ace body of traders and industrialists under the leadership of its President Arun Gupta demanded VAT and Power Amnesty Schemes for the concerned business community. It was explained that under VAT and Power Amnesty Schemes it was provided that defaulters can deposit their dues without interest and penalties but due to continued lockdown and financial crunch some traders could not avail the benefit of the scheme therefore deserve one more chance to deposit the VAT dues and power bills without interest and penalties. It was also demanded that the limit for e-way bills should be enhanced from Rs. 50,000 to Rs. 1 lakh.

Arun Gupta also urged the Fin Comm to ensure that power bills from hoteliers should be charged on the pattern of industries as was the case in the past. The CCI delegation also requested Atal Dulloo that the Industries who could not claim the SGST in the year 2017 therefore the same should be given a chance to claim that amount.

The CCI also asked Dulloo to give an opportunity to the assessees of GST to file their GST returns during the lockdown period of Covid-19. It was also informed that there are some assessees who also have filed their GST returns after the expiry of date therefore an appeal was made that their cases should also be considered and brought under the aforesaid scheme.

The delegation also sought government help in revival of The Citizens Cooperative Bank Ltd. Jammu and also demanded extension of 5% interest subsidy to the business community which was given during the first phase of the lockdown.

The Financial Commissioner gave a patient hearing to the Chamber deputation and assured for early consideration of issues putforth during the meeting.