CEREMONIAL BPM HELD ON THE OCCASION OF DIWALI 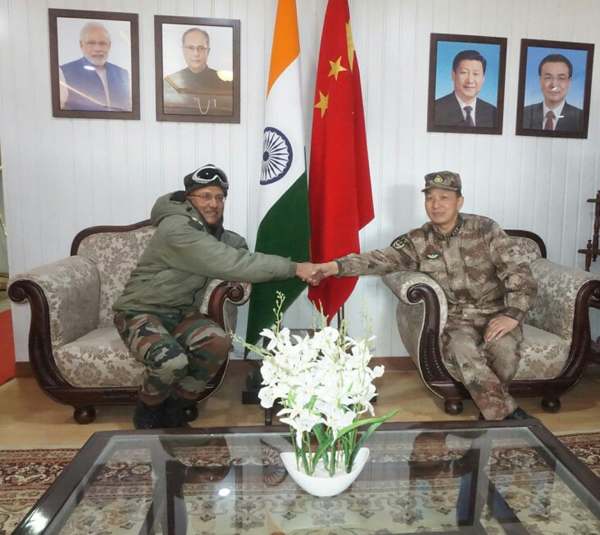 On the occasion of ‘Diwali’ a ceremonial Border Personnel Meeting (BPM) was conducted today on the Indian side at Chushul and  Daulat Beg Oldie (DBO) in Eastern Ladakh.  The Indian Delegation was led by Brigadier RS Raman and Brigadier Vijayant Yadav and Chinese Delegations by Sr Col Fan Jun and Col Huang Xiua Hu respectively.

The Ceremonial Border Personnel Meeting was marked by a cultural programme showcasing vibrant Indian culture and traditional grandeur.  In the true spirit of the festival, a fireworks display was also organised which was highly appreciated by the Chinese Delegations. The celebration commenced with saluting the National flag of India by both the delegations members, followed by the ceremonial address by both delegation leaders.  In addition to exchange of greetings, wishes and vote of thanks, both delegations expressed mutual desire of maintaining and further improving relations at functional level along the LAC.

Both the delegations interacted in a friendly and cordial environment. The delegations parted amidst bonds of friendship and commitment towards enhancing the existing cordial relations and maintaining peace along the LAC.