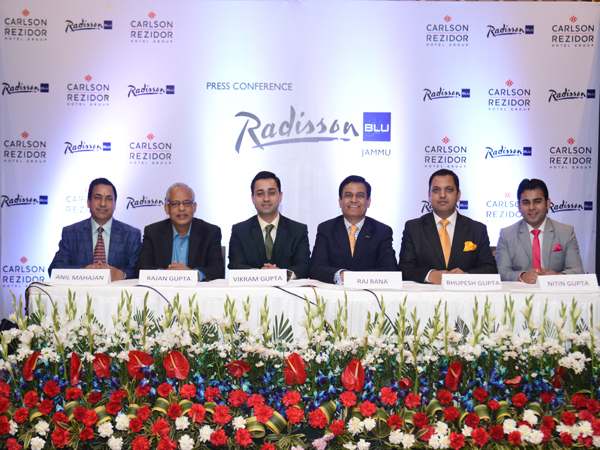 Human capital is the real strength of an organization- Parvez Ahmed

While congratulating the serving and retired employees of the JK Grameen Bank for being brought under the pension scheme the Chairman and CEO J&K Bank said, “ I have always affirmed and shared my belief that the human capital is the real strength of an organization which takes the organization to great heights, both internally and externally, and therefore I believe Pension is the rightful due of the employees who toil day and night to build the institutions and are actually the largest stakeholders and have a right to live a life of dignity and respect post retirement.”

He added, “though J&K Bank is the sponsor bank of the JK Grameen Bank but I have always believed that JK Grameen Bank is our extended family and as a head of this family the social and emotional well being of the members of the family is always my priority. That is why i am thankful to the management and employees of JK Grameen Bank who have given me this opportunity to launch the pension scheme and see smiles on the faces of the retired employees of the Grameen Bank.”

“The launch of pension scheme” advised the Chairman and CEO J&K Bank, “ puts a responsibility on the serving employees especially the younger generation to redouble their efforts for enhancement of the business of the bank exponentially to improve the profitability on a consistent basis to enable the bank in offsetting the cost pressure on the balance sheet  as I am told that in the initial stages pension burden will be borne by the respective RRBs from their working expenses till structured pension funds are created as per the provision of the Pension Regulations.”

“I am sure the kind of young and vibrant manpower inducted in the Grameen Bank in past few years the Bank is capable of generating sufficient resources by enhancing the banking business, sale of third party products to strengthen the other income and effecting recovery of the stuck funds of the Bank in NPA. Besides there is an urgent need to reorient the business strategy of the JK Grameen Bank to customise its products for the rural and suburban markets in such a way that they do not fall in unnecessary competition with the commercial banks as the space was already overcrowded with the entry of multiple players in J&K state and in the micro and rural segment the domain of Grameen Bank, there was a lot of appetite for credit absorption.”On the occasion the Chairman and CEO J&K Bank also announced setting up of a distress fund for medical emergencies of the retired employees of Grameen Bank. He also advised the management of the Grameen Bank to upgrade the credit schemes for the serving and retired employees of Grameen Bank at par with the J&K Bank.

Executive President, J&K Bank RK Chhibber said that the launching of pension scheme for JKGB employees will act as a catalyst for the morale of employees and, thereby, making them deliver their best for their organisation. He said that this will start a new phase in the lives of Grameen Bank employees all over the country and it will also change the perspective about Regional Rural Banks positively.Earlier Janak Raj Chairman, JK Grameen Bank welcomed the Chairman & CEO, J&K Bank and other dignitaries and thanked them for sparing their valuable time for launching “Pension scheme for the employees of J&K Grameen Bank”. He said that this demand was much sought after from the employees of Regional Rural Banks all over the country and its launch gives an immense joy as it will benefit all JKGB employees and their families. He said that with its implementation, job satisfaction among the employees will be enhanced and it should also be reflected in their productivity i.e. increasing the income and profit for the Bank in the long run. Sunil Gupta, President, J&K Bank, Mohammad Ayoub Khan, GM ROK, JKGB Vipan Gupta, HOD FIID, JKGB K.L. Sharma, HOD HRDD, JKGBalso spoke on the occasion.

Rashpal Choudhary, General Secretary, JKGBOfficers Union thanked the Chief Guest, Parvez Ahmed for launching the pension scheme for JKGB employees. He said that due to relentless efforts made by RRB employees all over the country in explaining the need for providing pension to RRB staff, the Supreme Court directed the Central Government to devise and implement nation-wide uniform pension scheme for the employees of Regional Rural Banks. One of the retirees Ramdev Sharma also spoke on the occasion and expressed his gratitude for unconditional support from the sponsor Bank i.e. J&K Bank which has only made it possible for implementation of this scheme in such a short period of time.