China May Have Secretly Set Off Low-Level Nuclear Test Blasts, Says US 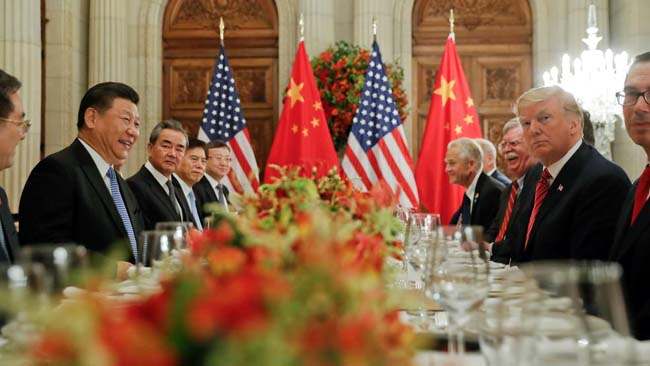 US concerns about Beijing’s possible breaches of a “zero yield” standard for test blasts have been prompted by activities at China’s Lop Nur nuclear test site throughout 2019, the State Department report said.

China may have secretly set off low-level underground nuclear test explosions despite claiming to observe an international pact banning such blasts, the US State Department said in a report on Wednesday that could fuel US-Chinese tensions.

The finding, first reported by the Wall Street Journal, may worsen ties already strained by US charges that the global COVID-19 pandemic resulted from Beijing’s mishandling of a 2019 outbreak of the coronavirus in the city of Wuhan.

US concerns about Beijing’s possible breaches of a “zero yield” standard for test blasts have been prompted by activities at China’s Lop Nur nuclear test site throughout 2019, the State Department report said.

Under Xi Jinping, Beijing has elevated its missile forces to a point where many rockets in the Chinese arsenal now rival or outperform those of the United States. This dramatic shift could render American carriers – the backbone of U.S. military supr

Zero yield refers to a nuclear test in which there is no explosive chain reaction of the type ignited by the detonation of a nuclear warhead.

“China’s possible preparation to operate its Lop Nur test site year-round, its use of explosive containment chambers, extensive excavation activities at Lop Nur and a lack of transparency on its nuclear testing activities … raise concerns regarding its adherence to the zero yield standard,” the report said, without providing evidence of a low-yield test.

Beijing’s lack of transparency included blocking data transmissions from sensors linked to a monitoring center operated by the international agency that verifies compliance with a treaty banning nuclear test explosions.

A spokeswoman for the Comprehensive Test Ban Treaty Organization, which verifies compliance with the pact, told the Wall Street Journal there had been no interruptions in data transmissions from China’s five sensor stations since the end of August 2019 following an interruption that began in 2018.

Chinese foreign ministry spokesman Zhao Lijian told a daily briefing in Beijing that China was committed to a moratorium on nuclear tests and said the United States was making false accusations.

“China has always adopted a responsible attitude, earnestly fulfilling the international obligations and promises it has assumed,” he said.

“The US criticism of China is entirely groundless, without foundation, and not worth refuting.”

A senior US official said the concerns about China’s testing activities buttressed President Donald Trump’s case for getting China to join the United States and Russia in talks on an arms control accord to replace the 2010 New START treaty between Washington and Moscow that expires in February.

New START restricted the United States and Russia to deploying no more than 1,550 nuclear warheads, the lowest level in decades, and limited the land- and submarine-based missiles and bombers that deliver them.

“The pace and manner by which the Chinese government is modernizing its stockpile is worrying, destabilizing, and illustrates why China should be brought into the global arms control framework,” said the senior US official on condition of anonymity.

China, estimated to have about 300 nuclear weapons, has repeatedly rejected Trump’s proposal, arguing its nuclear force is defensive and poses no threat.

China and the United States are among eight signatories that have not ratified it. But China has declared its adherence to its terms, while the United States has observed a unilateral testing moratorium since 1992.