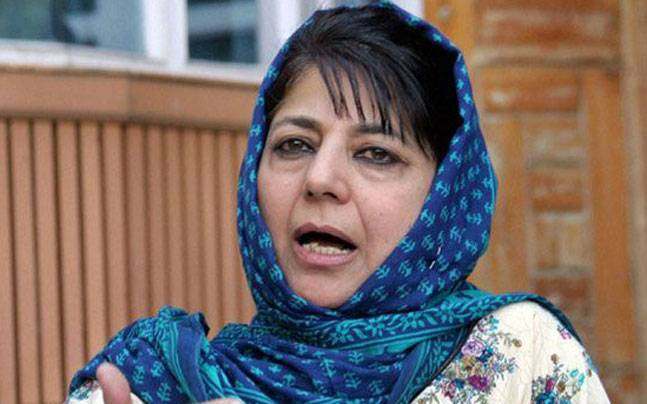 Expressing grave concern over the escalation of the situation along the borders in Jammu and Kashmir, Chief Minister, Mehbooba Mufti today said the confrontation could lead to a disaster of epic proportions if urgent steps are not taken to bring down the heightened tensions in the region.

“New Delhi and Islamabad must open the channels of communication realizing the dangerous consequences of any escalation of ongoing confrontation along the borders,” the Chief Minister said while reacting to the latest situation unfolding in the region.

Calling for restraint, Mehbooba said the people of Jammu & Kashmir have the greatest stakes in peace as they have undergone enormous tragedies because of the blood-spattered violence in the State. “We in J&K have suffered immensely because of the violence and know very well its dangers and consequences,” she said and called upon the political leadership of India and Pakistan to deescalate the war-like situation in the region. “For the people of Jammu & Kashmir peace along the borders and within the mainland is of immense significance and I hope the political leadership of the two countries would also treat it with the same spirit,” she said.

Mehbooba said like siblings locked in an endless rivalry, India and Pakistan have bickered for well over six decades and transforming that rivalry into a mature, productive relationship will be difficult. “But the consequences of continued animosity will be much worse,” she said and added that the necessity of dialogue has assumed more significance in the post-nuclear phase.

Maintaining that war is never an option to resolve the issues, the CM said India and Pakistan should instead together fight the poverty and economic deprivation plaguing the region.

Asserting that there is simply no alternative to talks, Mehbooba said the history is witness that even after having fought two wars, India and Pakistan had to time and again come back to the negotiating table to resolve their issues. “I am sure that amidst the prevailing gloomy scenario in the region, the hope for peaceful means of resolving the issues will again stand the ground and political leadership of the two countries shall have to revive the peace and reconciliation with fresh resolve.”