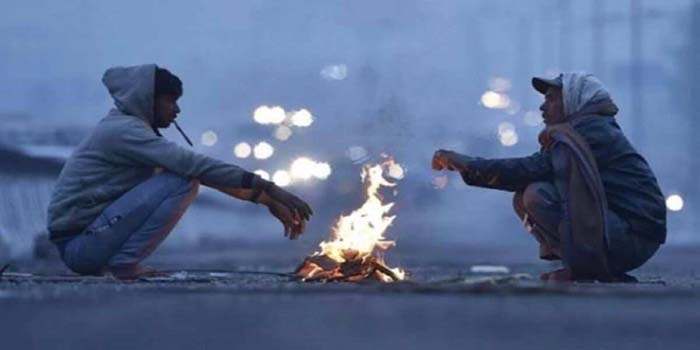 Minimum temperatures across Kashmir stayed several degrees below the freezing point as an intense cold wave sweeps the region, a meteroelogical department official said on Tuesday.

Several water bodies, including the surface of the famous Dal Lake here, have frozen, while a thick layer of ice has formed on several roads in Srinagar and other parts of the Kashmir Valley, affecting vehicular movement.

Qazigund, the gateway town to the Kashmir Valley, recorded a minimum of 8.6 degrees Celsius and was the coldest place in Jammu and Kashmir, according to the official.

The minimum temperature in the city last night was nearly five degrees below the normal for this time of the year, the official said.

The minimum temperature in north Kashmir’s Baramulla district settled at minus 6.2 degrees Celsius last night, down from minus six degrees Celsius the night earlier, he said.

Pahalgam, a tourist resort in south Kashmir that also serves as a base camp for the Amarnath Yatra, recorded a low of minus 8.4 degrees Celsius, down from the previous night’s minus 6.8 degrees Celsius, the official said.

Kashmir is currently under the grip of ‘Chillai-Kalan’, a 40-day harsh winter period when cold wave sweeps the region and temperatures drop considerably, leading to freezing of water bodies and water in pipelines. The chances of snowfall is highest during this period, especially in higher reaches of the area.