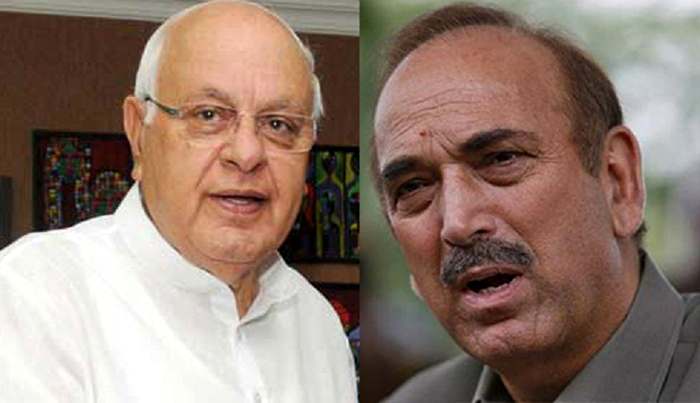 In a best suited compromise formula  as  National Conference and Congress leaders described it , the two parties have  agreed to have  friendly contest in two of the three Lok Sabha seats in  Kashmir Valley , while NC has left field open for Congress for the two seats in Jammu region.

Within less that  two hours after  National Conference president and party’s candidate from Srinagar constituency  Farooq Abdullah  and Congress leader Ghulam Nabi Azad –led team  concluded their alliance talks , the leaders said that  both the parties have worked out a formula that is best suited in the given situation in the state.

On two seats of jammu region- Doda-Udhampur and Jammu-Poonch , Congress would  be going all by itself, while  there would be no Congress candidate in Srinmagar parliamentary constituency  from where Farooq Abdullah is seeking re-election .

However, NC has agreed to leave space open for “ friendly contest” in Kashmir’s remaining two seats – Anantnag in south Kashmir and Baramullah in north Kashmir .

Congress is faced with a formidable contest from  BJP in Jammu and Udhampur seats . The BJP has fielded its sitting MPs from both the seats .

In a  way NC has conceded more space to Congress than Congress has done in the pre-poll alliance talks .