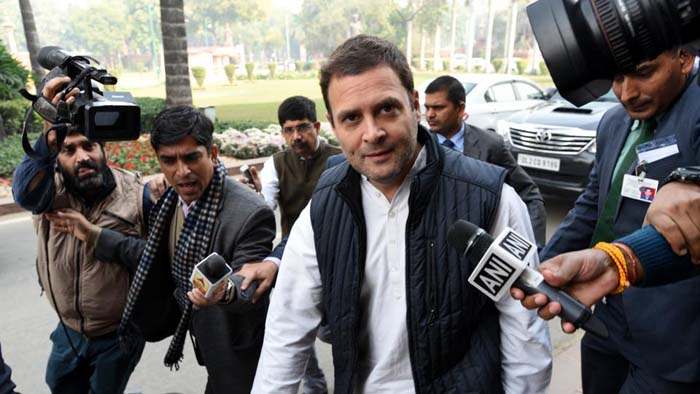 Congress President Rahul Gandhi on Friday praised the UAE for declaring 2019 as the ‘Year of Tolerance’, saying India on the other hand has been witnessing four-and-a-half years of “intolerance”.

Addressing the Indian diaspora at the Dubai International Cricket Stadium here, Mr. Gandhi, who is in Dubai on a maiden visit, said he met Vice-President and Prime Minister of the UAE Sheikh Mohammed bin Rashid Al Maktoum and was impressed by his humility.

“Here (in the UAE), it is the ‘Year of Tolerance’, but back home (in India), I’m sad to say we have been witnessing intolerance for the last four-and-a-half years,” Mr. Gandhi said. “We can never run a country like India believing that only one idea is correct… . Today, my beloved country India is being divided for political reasons,” the Congress president said. Mr. Gandhi said India has been devastated by demonetisation and the GST.

“First big challenge is generating employment. Secondly, our farmers are in trouble and we need second Green Revolution,” he told a cheering crowd. “You come to Dubai, you carry the idea of India in your heart… my doors, my ears and my heart will always be open for you…Every single Indian, irrespective of where they live, is responsible to bring India together once again. We have to say enough,” Mr. Gandhi said.