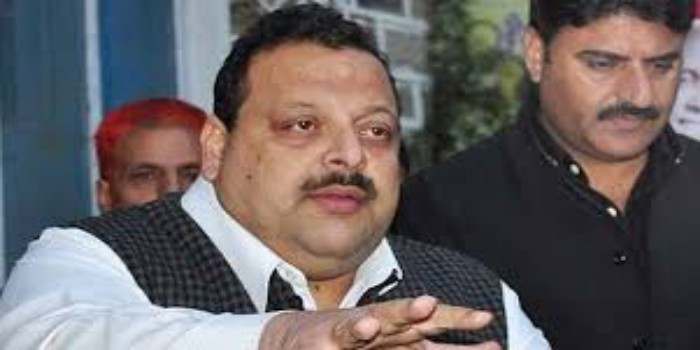 “The overall scenario is quite grim and there is no room for complacency that can prove catastrophic unless an emergent and proactive response is not taken to save precious lives”, Mr Rana said in a statement.

He referred to the disturbed reports trickling from hospitals with patients either not finding beds for treatment or lack of oxygen and ventilators adding to the vulnerability of the serious cases. He said the government should have anticipated such a situation emerging and taken necessary measures to buffet bed strength by earmarking maximum number of available beds in each hospital, roping in private hospitals and nursing homes beside setting up of at least a thousand bedded hospital on the analogy of such facility created by the Punjab government.

While lauding the frontline   warriors in risking their own lives by putting in best efforts to treat the cases, the poor infrastructural backup is disgusting. He again drew the attention of the administration towards paucity of beds, questioning how the meagre strength of 608 beds out of the total capacity of 2637 beds in Government Medical College and Associated Hospitals in the Jammu city meet the requirements. The situation is even worse in semi urban, urban and rural areas. The availability of oxygen is very poor and dysfunctional ventilators are worrisome keeping in view the emergency nature of cases, he added.

The Provincial President called for installation of liquid oxygen plant, oxygen generation plant and other plants in various hospitals on the war footing besides similar facilities at the district level hospitals to cater to the needs of peripheral health institutions.

Mr Rana reiterated deployment of senior officers for monitoring the situation, which seems to be going out of control, creating panic among the people This is to be taken not of and all possible measures to instil confidence among the people, who are becoming restive on seeing the pitiable situation in health facilities, he added.