While India finally reported more coronavirus recoveries than active cases in a single day, what the numbers miss is that the recoveries reported today are of cases discovered at least 10 days ago.

In June 10, the number of Covid-19 recoveries crossed the number of active cases in India for the first time, something that India Today had reported last week was to be expected. Just under half of India’s total cases so far have already recovered.

Recoveries now outnumber active cases in 157 of 213 countries and territories for which data is available. Earlier this week, New Zealand became the first major country to report no new or active cases. Of the 10 countries with the highest case burden, the United States has the largest gap between active cases and recoveries around 8 lakh. 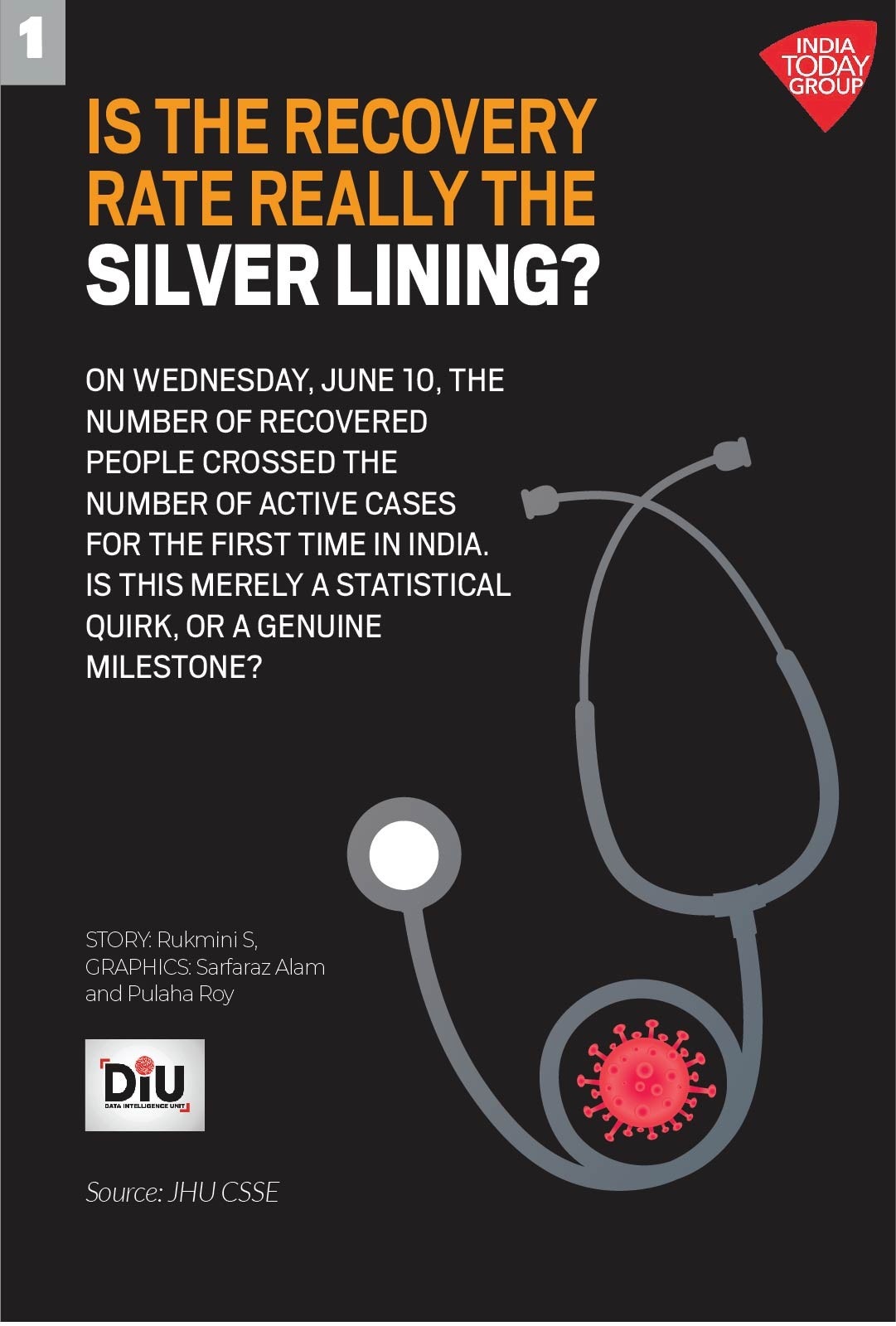 Recoveries outstrip active cases in 382 out of 717 districts in India for which data is available. Ahmedabad leads among districts with the largest gaps between recovered and active cases. It has 7,000 more recoveries than active cases. Following Ahmedabad are Pune, Jaipur, Indore and Jodhpur. 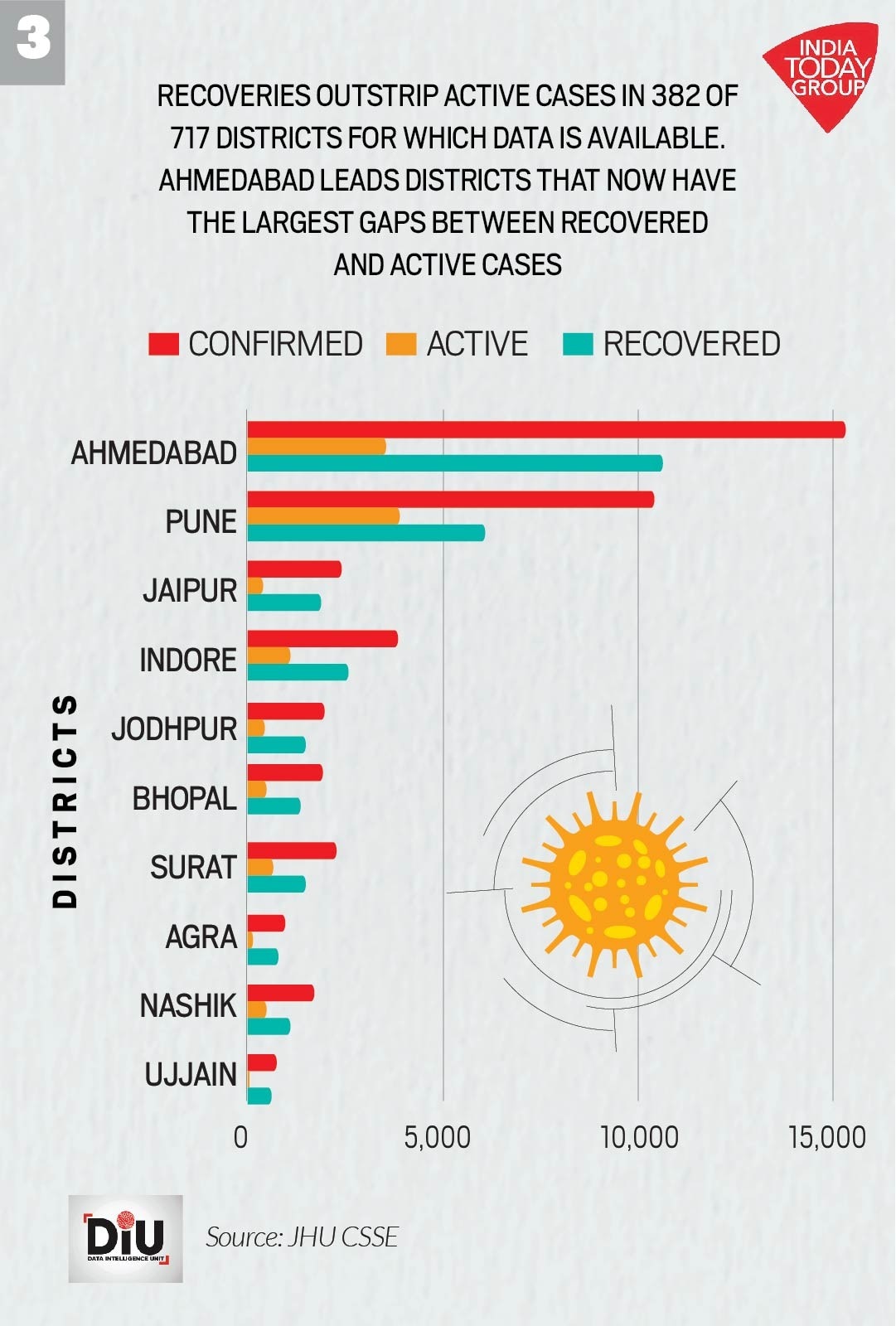 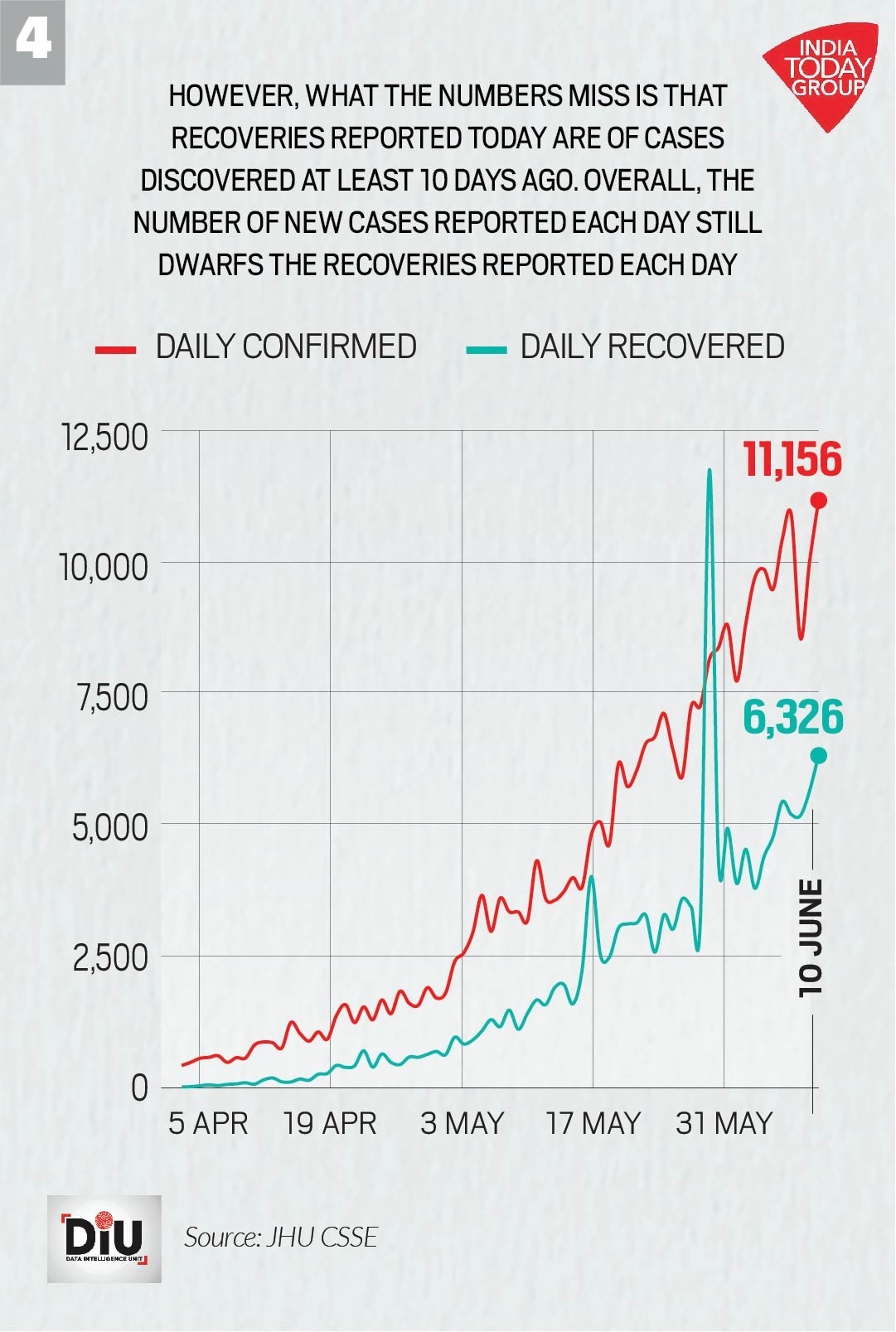 While recovery rates are broadly rising across the board, the path is by no means straight. States report sudden increases and falls, and some report multiple peaks, as in the case of Kerala. In the last week, two of the worst-hit states, Delhi and Tamil Nadu, reported a fall in their recovery rates.

On its own, India’s recoveries surpassing active cases is not a good enough positive indicator, as long as new cases continue to grow. Recoveries surpassed active cases in China by the end of February, but what drove it was a decline in the number of new cases being reported every day. If the trend in India translates into fewer new cases being discovered each day, then that will be the real silver lining.