Covid-19 vaccine: All 18+ can sign up from today, but May 1 launch under cloud 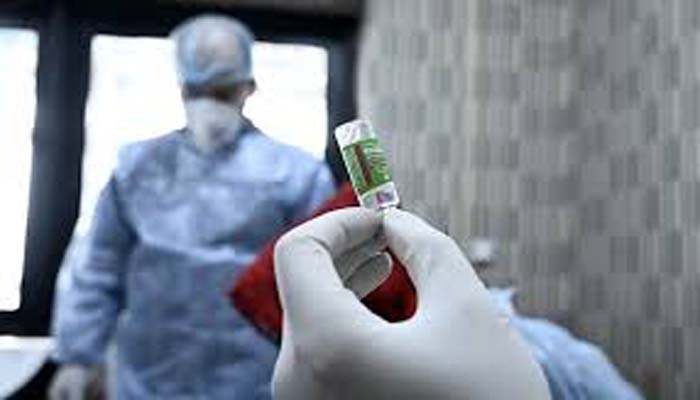 All adult Indians will be able to sign up for coronavirus vaccines beginning Wednesday, April 28, but several states and the Union government differed on whether there was a shortage of doses, reinforcing concerns that the May 1 roll-out of the third phase of the drive for everyone above the age of 18 could be patchy and uncertain.

Chhattisgarh, Jharkhand, Punjab and Rajasthan have said previously they are unlikely to open up the vaccination programme from May 1, but several others – Kerala, Andhra Pradesh, Bengal and Tamil Nadu — said they were expecting more doses in order to account for the additional number of recipients.

The arithmetic is complicated due to the second doses that will be due, even as many open negotiations with the manufacturers or await confirmation of delivery timelines.

Punjab was among states that raised fresh concerns over availability on Tuesday. State health minister Balbir Singh Sidhu said that Punjab has roughly 250,000 doses at hand for the 45-plus category and those eligible for the second doses, and, at an average utilisation rate of 90,000 per day, stocks were likely to run out over the next two-to-three days. “Existing doses cannot be used as Centre’s supply has remained very limited,” said Sidhu.

Shortage was also reported from Tamil Nadu, where uptake is high and the Greater Chennai Corporation in the state capital opened temporary vaccination centres this week to avoid overcrowding. But the agency later decided that due to a shortage in supply of Covaxin, these centres will administer doses only to those who are up for their second shot.

In certain centres, several people have complained of not being able to get a second dose as well.

A similar rush and shortage was also reported from Kerala, where people eligible for their second doses are now queuing up at centres.

In Thiruvananthapuram, three people collapsed while waiting in long queues and were shifted to a hospital on Monday.

The Union government, however, denied that there was a shortage.

In a statement, it said at least 15 crore (150 million) Covid-19 vaccines were given to states free of cost since the drive began and at least 10 million are still available with the States. Approximately 8 million doses are in the pipeline to be provided to them in the next 3 days, the government said.

According to detailed figures released, Punjab was scheduled to get 350,000 doses in the pipeline.

The figures showed that Uttar Pradesh, with 1.1 million, and Bihar, with 700,000, were scheduled to receive the highest numbers of doses from the pipeline over the next few days.

Both these states said they will allow all adults to take doses form May 1, although Bihar was yet to announce if it has placed any direct orders for doses from the manufacturers.

UP has placed orders for 5 five million doses each of Serum Institute’s Covishield and Bharat Biotech’s Covaxin, and an official said the roll-out of Phase 3 could depend on the supply of these and the pending doses.

Beginning May 1, the coronavirus vaccinations will follow two tracks – those above the age of 44 will continue to get free doses that are distributed by the Union government to states, while those below 45 will need to either pay for doses at private hospitals (if available) or wait till their state governments acquire and make them available at a price or for free.

From Wednesday, anyone aged 18 or above can use the CoWIN website or the Aarogya Setu application will allow anyone above the age of 18 to register for coronavirus vaccines to register for doses.

Officials in several states have raised concerns over lack of clarity from manufacturers for the delivery timeline, while some others said they were yet to open discussions or hear back from the companies.

An official in Madhya Pradesh, where the government is otherwise confident of launching the next phase from May 1 itself, said an order of 4.5 million doses of Covishield has been placed but deliveries are only expected by mid-May.

Officials in Chhattisgarh said they had placed orders for 5 million doses in an even split between the two manufacturers, but were informally told that deliveries could take till July, according to an official who asked not to be named.

These issues with deliveries and an expected rush as is typical whenever new groups of people are made eligible has shrouded the May 1 launch in uncertainty. The problems are complicated by concerns over pricing – both manufacturers said they will offer the lowest doses to the Union government – and calls by experts and states to make it free.

In Bengal, which will launch the drive after the election results are out, an official said that private hospitals will not be allowed to use any of the stocks distributed till now, in keeping with the government guidelines.

This has, however, raised questions over the options for people who took their first doses at these facilities, since private centres will now need to directly procure doses and administer them at retail prices.