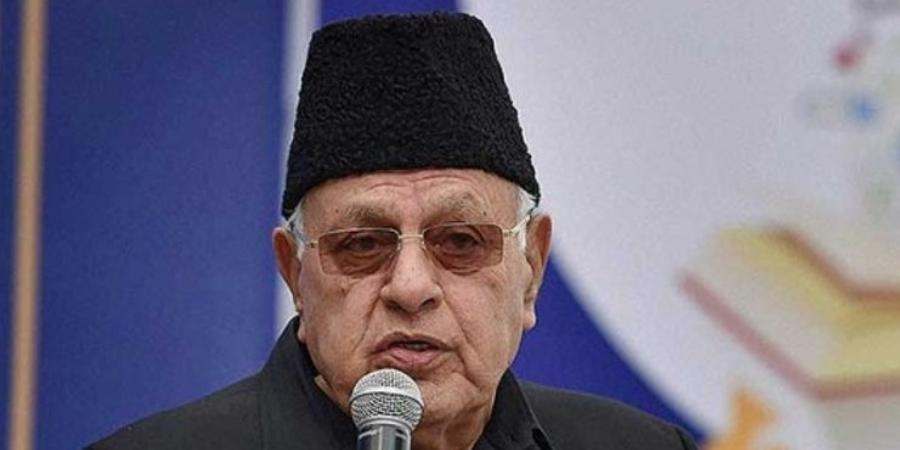 National Conference President Dr Farooq Abdullah today slammed the Centre for deviating from its promise and assurance that there will be no extension to the Delimitation Commission beyond March 6, 2022  for submitting its report to enable elections to the Jammu and Kashmir Legislative Assembly.

“Being members of the Commission, we were neither invited nor shown any preliminary report”, Dr Farooq Abdullah said while addressing a daylong Convention of JKNC OBC Cell at Sher-e-Kashmir Bhavan here.

Dr Abdullah said the people of Jammu and Kashmir cannot wait anymore as there is no alternative to the popular government. The people have lost their patience due to misgovernance of authoritarian and bureaucratic rule. There can be no substitute to the elections and the way the government is dilly dallying the delimitation report, it appears they have no intention to hold polls in near future, he said and lamented over false promises being made on a regular basis.

The NC President also rubbished the claims of normalcy in the Valley, saying they (the central leaders) remained in denial over the leaving of Kashmiri Pandits from Kashmir in the wake of recent civilian killings. They are also misleading about the tourism revival and the height is that nobody in the media is mustering courage to report objectively and fearlessly as they are being slapped with serious charges for reporting facts. He expressed concern and anguish over unprecedented media gauge and called for bringing a legislation for ensuring complete freedom to the press with a caveat that nothing should be reported that can jeopardise the communal harmony and brotherhood.

“How can you expect a free press when the media houses are starved for advertisements in case they report against the interests of the government”, Dr Farooq Abdullah said, adding that the media should have the freedom to voice the concerns of the people freely and fearlessly. He said he has always encouraged a free media because it is the essence of democracy.

Referring to the resolutions passed by the OBC Cell with regard to, inter allia, restoration of special status and statehood to Jammu and Kashmir, Dr Farooq Abdullah said the people will fight peacefully and democratically for their rights with a sense of commitment. They will weather all the storms and shall remain steadfast in getting back what has been snatched from them, he added.

Strongly advocating the genuine demand of reservation for the Other Backward Communities, Dr Abdullah said this is imperative for providing level playing field to the marginalised segments of the society to grow and prosper. The reservation for their youth is necessary as they too have the right to contribute towards the nation by becoming doctors, engineers and high ranking officials like similarly placed reserved categories are availing. He said the socio-economic conditions of the weaker sections of the society call for out of box measures for them to flourish. He also supported a one-time category certificate for the eligible OBC population and called for streamlining the procedure. He lauded the initiatives taken during the government led by Omar Abdullah for upliftment of weaker sections and said the sagacious decision of constituting the OBC Board will go a long way in improving the quality of life of these segments of the society.

Dr Farooq Abdullah also pitched for political empowerment of women and said their role in decision making is imperative for harmonious growth of the society. He said the women should get equal opportunities and openings in the democratic institutions as also other fields as they are second to none. He also urged women to come forward and play their crucial role in the decision making.

Earlier, the Convention adopted three resolutions, seeking rollback of the revocation of Article 370 to Jammu and Kashmir and restoration of statehood, issuance of one-time category certificate to OBCs and political reservation for these communities on the analogy of Scheduled Caste and Scheduled Tribe communities.

The Provincial President OBC Cell Mr Abdul Gani Teli announced a four-member panel on the occasion for streamlining the functioning of the cell.