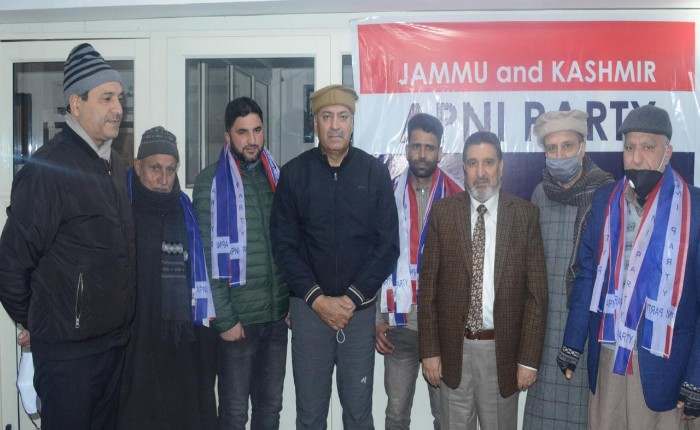 Altaf Bukhari welcomes him into the Party-fold

Speaking on the occasion, Bukhari welcomed him into the Party-fold and stressed on him to work tirelessly for mitigation of sufferings of the people in his constituency.

The new entrant pledged his full support to the party leadership in fulfillment of Party’s socio-economic and political agenda which encompasses restoration of Statehood to J&K, equitable development of all the regions besides political empowerment of the people at the grassroots level.