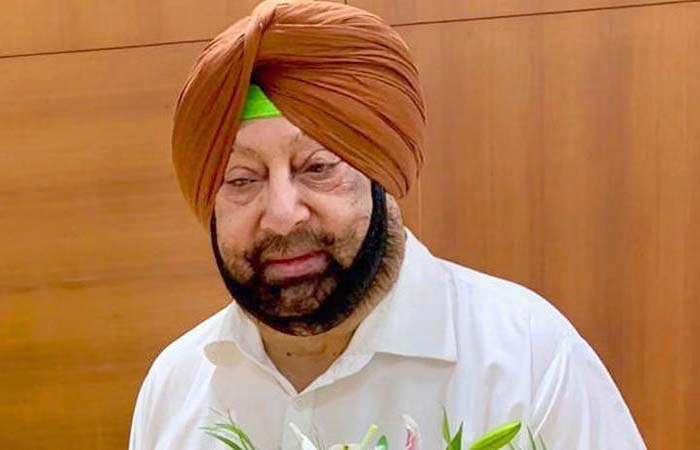 Former Punjab chief minister Captain Amarinder Singh said a decision regarding an alliance with the Bharatiya Janata Party (BJP) and Sukhdev Singh Dhindsa’s Shiromani Akali Dal (Sanyukt) party has been taken “in principle” and details regarding the seat-sharing agreement would soon be announced.

“We will also do seat adjustments with Dhindsa sahab’s party (SAD Sanyukt). I will tell both parties that we should pick winners and support those candidates,” news agency ANI quoted Singh as saying.

The former Congress leader also expressed confidence his party, the Punjab Lok Congress, will form the government in the state after the assembly polls scheduled for early next year. “Our aim is to win the Punjab assembly elections and we will,” Singh said.

Noting the membership drive for his party began 10 days ago, he said, “A committee is also being formed in the district so that people can join the party.”

Singh’s comments came two days after Union home minister Amit Shah said an alliance with the Punjab Lok Congress and Dhindsa’s party might be formed before the state assembly polls. Shah made the remarks during his keynote address at the concluding session of the Hindustan Times Leadership Summit 2021 on Saturday.

Notably, BJP’s Punjab in-charge Dushyant Gautam has said the decision regarding an alliance with Singh’s party would be taken by the BJP’s top leadership. However, he also said the BJP was preparing to fight in all the seats in the state.

“We are preparing to contest for 117 seats in the upcoming Punjab assembly elections. The final decision of alliance between the BJP and Captain’s new political party will only be taken by party high command,” Gautam as saying.

Singh has said his alliance with the BJP would depend on the Centre resolving the issue of the protesting farmers. After Prime Minister Narendra Modi’s announcement to repeal the three laws back in November, Singh was among the first few to welcome the move.

“On Prakash Parv PM Modi took the decision to repeal the three Farm Laws and apologized to the farmers. There can be nothing bigger than this. I’m thankful to Prime Minister and home minister for this, nobody can do anything more than this,” ANI quoted Singh as saying.

Meanwhile, Charanjit Singh Channi, who took over as the CM after Singh, criticised the talks on alliance and said that the BJP has found new allies in Singh and Dhindsa to promote its “divisive discourse” in the state.

After a bitter, year-long tussle with Punjab Congress chief Navjot Singh Sidhu, Singh stepped down from the state’s top post earlier in September this year and announced his own party in October.