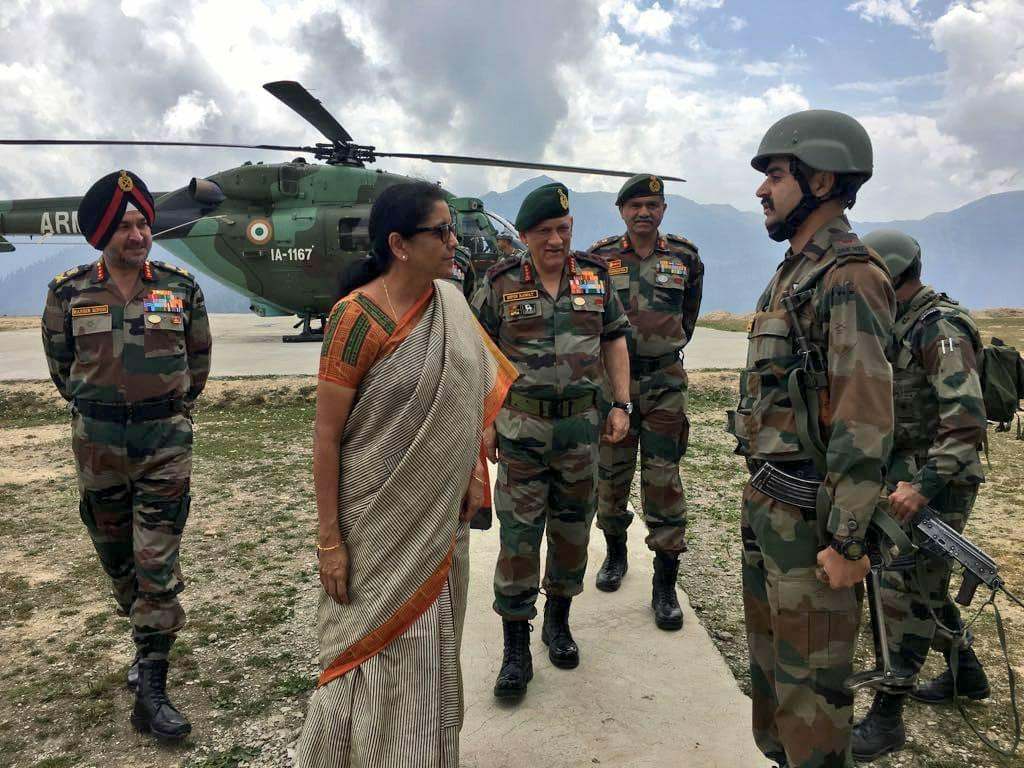 The Defence Minister Nirmala Sitharaman, visited the Kashmir Valley on Sunday to review the prevailing security situation.
She was accompanied by the COAS General Bipin Rawat was received by Lt Gen Ranbir Singh, Northern Army Commander and Lt Gen AK Bhatt, Chinar Corps Commander. The Raksha Mantri visited the forward areas in the frontier district of Kupwara where she was briefed by the commanders on ground as regards the operational preparedness and counter infiltration grid. During her interaction with the troops, she lauded their round the clock sharp vigil along the Line of Control, high morale and professionalism. She also exhorted them to remain alert for any eventuality to defeat nefarious designs of hostile forces.
Later in the day, the Raksha Mantri along with the COAS interacted with the Governor of J&K Satya Pal Malik at Raj Bhavan in Srinagar and discussed the overall prevailing security situation in Kashmir Valley.