With coronavirus cases slowing down in Europe and North America, the epicentre of the pandemic has shifted to South America and South Asia – the hotspots being major metropolitan areas like Delhi, Mumbai and Chennai.

June 12 marked a worrying milestone for India. Delhi had the fourth-highest Covid-19 cases for the day in the world after Santiago (Chile), Lima (Peru) and Sao Paulo (Brazil). Chennai was sixth among the worst affected cities globally in terms of new cases and Mumbai seventh.

Delhi recorded 2,137 new cases on June 12, Chennai 1,526 and Mumbai 1,372. With cases slowing down in Europe and North America, the epicentre of the pandemic has shifted to South America and South Asia the hotspots being major metropolitan areas where millions live in cramped housing with a high population density. Since the beginning of June, cases in Moscow have declined, but those in the three South American and three Indian cities have spiked. On Friday, Santiago had one of the worst days the world has seen for any city, recording over 5,500 new cases. 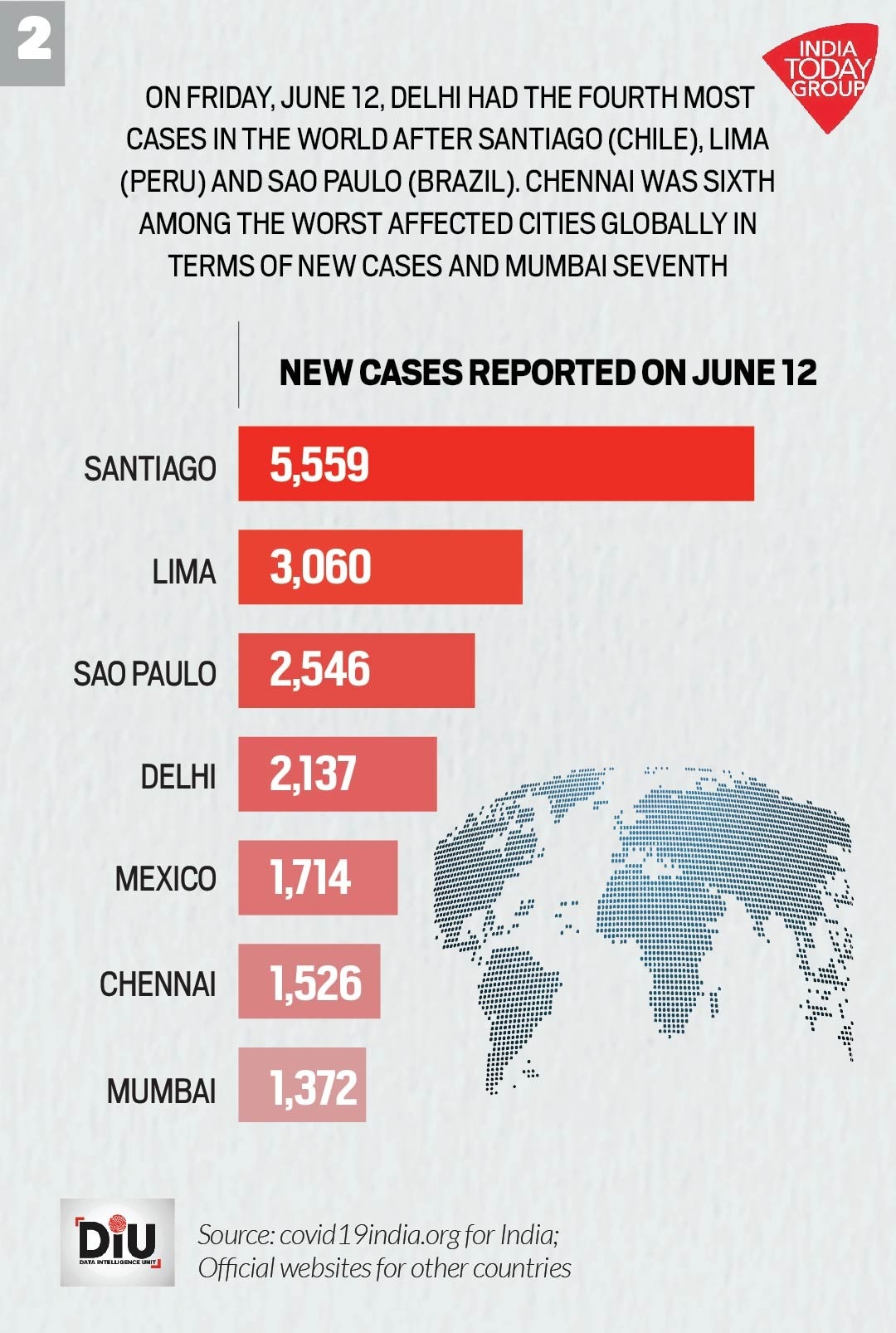 Within India, both Delhi and Chennai surpassed Mumbai on Friday in terms of new cases. Delhi’s counts for June 11 and 12 were the highest for any Indian city since the pandemic began a record high of 1,877 and 2,137 cases each. The previous highest was 1,751 cases in Mumbai on May 22. For perspective, on New York City’s worst day April 6 it had 6,375 cases. Cases are growing fastest in Chennai, while Mumbai is witnessing its longest sustained slowing down since the pandemic began, even though daily new cases remain high. Large numbers of cases can overwhelm a city’s health infrastructure, but the most worrisome indicator remains the number of deaths. Indian cities are some distance from South American ones in terms of deaths, but the daily count is now comparable. Delhi had more deaths than Sao Paulo on Friday, and Mumbai’s total toll is now comparable to Santiago or Lima, the world’s two worst-affected cities.