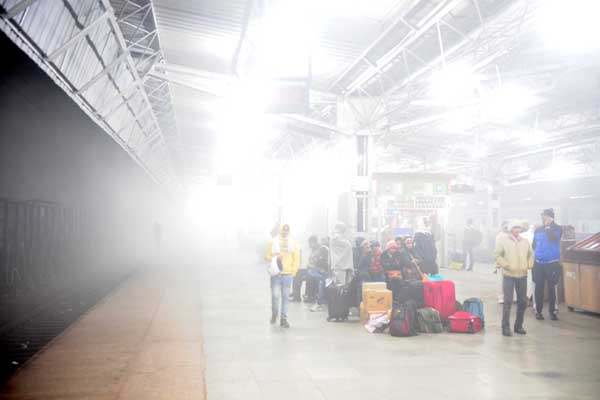 Delhiites shivered on Tuesday with a minimum temperature plummeting to 5.7 degrees Celsius, second lowest in December this year.

The minimum temperature on December 19 fell to 5.2 degrees Celsius.

At 364, air quality index of the city was in ‘very poor’ category.

The visibility at Safadarjung and Palam was 500 metres and 300 metres at 5.30 AM. It improved and became 600 metres at both places at 8.30 AM, said a MeT department official.

The cold conditions will prevail till the weekend, the said.

Mainly clear sky is forecast for rest of the day and maximum temperature will be around 14 degrees Celsius, said the official.