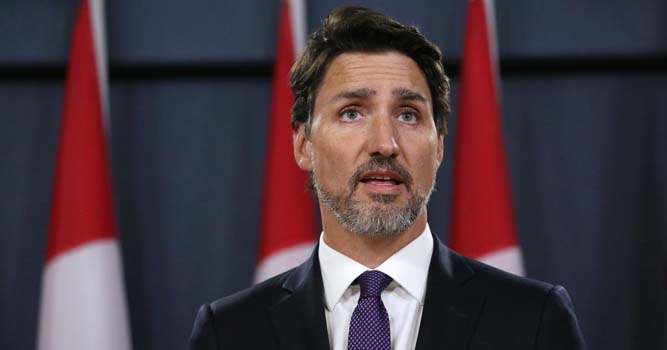 Despite India’s warning to Canadian Prime Minister Justin Trudeau over his earlier remarks on farmers’ protests, the PM has once again commented that he “will always stand up for the right of peaceful protests”.

Speaking at a press conference after the External Affairs Ministry issued a demarche to Canadian High Commissioner, Trudeau said, “Canada will always stand up for the right of peaceful protests anywhere around the world.”

Meanwhile, the Sikh Council UK has demanded the political leaders to support the Canadian PM.

“Political leaders should stand alongside @JustinTrudeau to oppose human rights violations by the Indian authorities & not bow to bullying,” the Sikh Council UK said in a tweet.

Farmers are protesting in Delhi and its border areas against the Farmers’ Produce Trade and Commerce (Promotion and Facilitation) Act, 2020, The Farmers (Empowerment and Protection) Agreement on Price Assurance and Farm Services Act, 2020, and The Essential Commodities (Amendment) Act, 2020.

On Friday, the Ministry of External Affairs (MEA) issued a demarche to Canadian High Commissioner, saying that the remarks made by the Canadian Prime Minister Justin Trudeau, some Cabinet Ministers and Members of Parliament on Indian farmers’ protest will have “seriously damaging impact on ties between India and Canada”.

According to an official statement issued by the MEA, “The Canadian High Commissioner was summoned to the Ministry of External Affairs today and informed that comments by the Canadian Prime Minister, some Cabinet Ministers and Members of Parliament on issues relating to Indian farmers constitute an unacceptable interference in our internal affairs.”

Such actions, if continued, would have a seriously damaging impact on ties between India and Canada, the Ministry further said.

“These comments have encouraged gatherings of extremist activities in front of our High Commission and Consulates in Canada that raise issues of safety and security. We expect the Canadian Government to ensure the fullest security of Indian diplomatic personnel and its political leaders to refrain from pronouncements that legitimize extremist activism,” the statement added.

On December 1, India reacted sharply to the “ill-informed” comments by Canadian Prime Minister Justin Trudeau on farmers’ protests in India and said the remarks are “unwarranted” especially when pertaining to internal affairs of a democratic country.