Development is necessary to eliminate any kind of violence: PM Modi 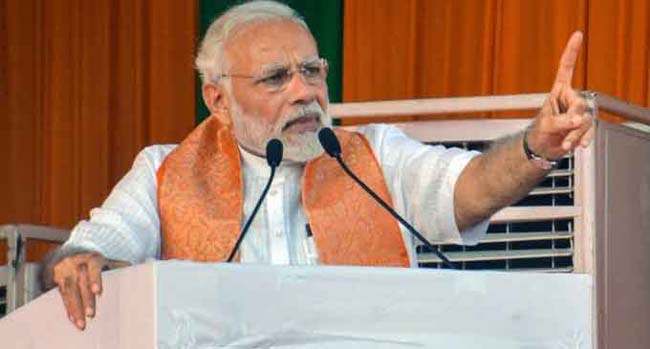 In his recent visit to Chhattisgarh, Prime Minister Narendra Modi launched multiple development projects worth Rs. 22,000 crore in Bhilai. During his address, he spoke of the benefit that schemes such as Jan Dhan Yojana, Mudra Yojana, Ujjwala Yojana, Fasal Bima Yojana and Saubhagya have brought about in the State.

Prime Minister Narendra Modi had a video interaction with the beneficiaries of various Digital India schemes from across the country. Around fifty lakh beneficiaries, including those from Common Service Centres, NIC centres, National Knowledge Network, BPOs, Mobile Manufacturing Units and MyGov volunteers joined the interaction.

In the unique video interaction, citizens shared their life-changing experiences – while some thanked PM for capping knee implant prices, others spoke of benefits of inexpensive medicines in Jan Aushadhi stores. Other measures like capping prices of cardiac stents and prices of essential drugs that eased lives of poor and the middle class were also discussed.

Continuing with the series of video interactions with beneficiaries of various government programmes, Prime Minister Narendra Modi connected with beneficiaries of Pradhan Mantri Awas Yojana. The beneficiaries, many of whom lived in huts or slums earlier, expressed happiness at owning a pucca house with all amenities. They also explained how it has improved their quality of life.

Explaining the steps taken by the government to build a robust start-up ecosystem in India, Prime Minister Narendra Modi engaged with young talent across the country through a video interaction. Entrepreneurs who benefited from Start-up India and innovators from Atal Incubation Centres enthusiastically explained innovations ranging from agricultural innovations to blockchain technology.