Dogri- our pride, preserve it : Rana 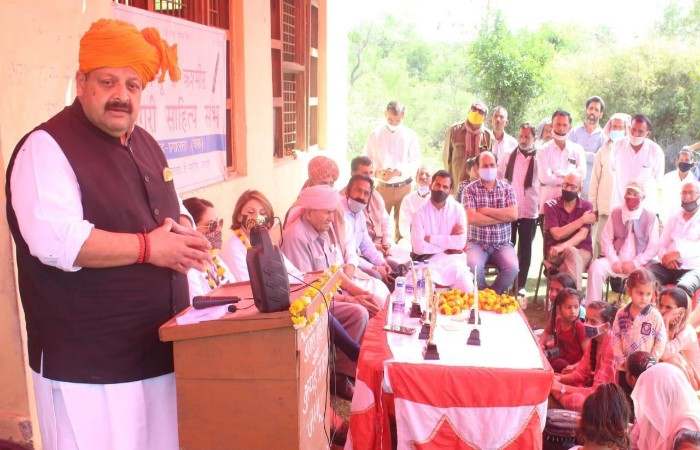 Strongly pitching for use of the mother tongue of proud Dogri in regular day to day interactions, National Conference Provincial President Mr Devender Singh Rana on Tuesday exhorted intelligentsia to work out a multi-pronged strategy to sustain and promote the sweet language of the Duggarland.

“We owe it to posterity to preserve Dogri and bequeath it to future generations with a sense of pride”, the Provincial President said in his inaugural observations at a literary function, organized by Dogri Sahitya Sabha at Pargalta here this morning, adding that any laxity on this count cannot be forgiven.

Mr Rana observed that the death of language amounts to the death of the soul, adding, “Intelligentsia, artists and folk singers therefore, have to play a pivotal role in restoring the pristine glory of this rich language in the larger interest of bringing Dogras together, irrespective of religion, region and caste”.

“For all of us it may be perhaps easy to deliver sermons and indulge in rhetoric about the promotion and preservation of the mother tongue but there is need for a collective effort to work in this regard”, Mr Rana said and regretted that most of the people are shying in making use of Dogri in homes. He lamented over the growing trend of ignoring the mother tongue in the mistaken belief of English and other languages seen as a sign of modernity. Of course, there should be intense urge to learn other languages but not at the cost of mother tongue, he said and hoped that the intellectuals will ponder over these tendencies and work for restoring Dogri its pristine glory.