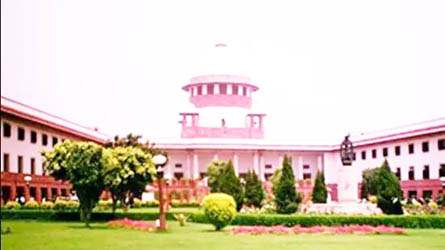 New Delhi, January 27: The Supreme Court on Thursday asked the Punjab government not to arrest Shiromani Akali Dal leader Bikram Singh Majithia in an alleged drugs case till Monday. As a bench headed by Chief Justice of India NV Ramana agreed to hear Majithia’s appeal against denial of anticipatory bail by the Punjab and Haryana high court, it said the state should wait till it hears the matter on Monday.

Senior counsel Mukul Rohatgi, representing Majithia, mentioned the matter for an urgent listing before the bench, which includes justices AS Bopanna and Hima Kohli.

“This is a case of political vendetta. They want him to be arrested during the election fever,” said Rohatgi. “What election fever, Mr Rohatgi? This is an election virus. Everyone is rushing to courts now,” said the bench.

Rohatgi sought an interim order to protect his client from arrest till the next date of hearing. He added Majithia’s petition for anticipatory bail was rejected on January 24 and he was given protection only for three days. He added it was expiring on Thursday while seeking the protection.

Senior advocate P Chidambaram, who appeared for the Punjab government, alleged Majithia has been in hiding since he was refused the relief by the high court.

The bench told Chidambaram the state should not take any coercive step against Majithia since the top court has agreed to list his matter for hearing. “Mr Chidambaram, tell your state not to do anything till Monday when we hear him,” said the bench.

Chidambaram said he would convey the court’s message to state authorities.

The dismissal of Majithia’s bail plea came a day before the filing of nomination papers was to commence in Punjab. Majithia plans to contest from Majitha constituency in Amritsar district.

Majithia, who is facing a case under the Narcotic Drugs and Psychotropic Substances Act, was earlier granted interim bail by the high court on a condition that he will cooperate in the investigation.

The state government opposed the continuation of this relief before the high court contending Majithia has not extended full cooperation during the probe.

Majithia claimed that the case was registered against him in view of the elections. He added the sole intention of registering it was to take him into custody and torture him.

In his appeal filed before the top court, Majithia called the case a blatant abuse of power and linked it to political vengeance ahead of elections. He maintained there is no credible evidence against him and that he has been cooperating with the investigators.