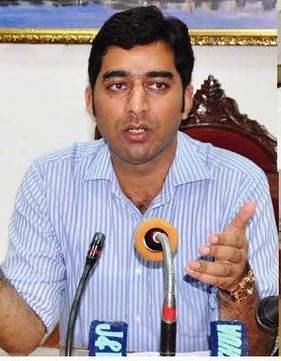 The Department of Information today said that there has been drastic decline in the advertisement flow from various government departments as the developmental works and other welfare initiatives have almost come to a halt because of the prevailing situation in Kashmir.

Reacting to the reports appearing in a section of the press regarding fall in release of advertisements to the newspapers, Director Information, Dr Shahid Iqbal Choudhary said that against 1.88 lakh sq cms and 2.10 lakh sq cms of advertisement received from various government departments for distribution in Kashmir in May 2016 and June 2016 respectively, the volume of advertisements received by the Department during July 2016 and August 2016 was a meager 32000 sq cms and 90000 sq cms respectively. He said the inflow of government advertisements has declined considerably during the past two months as the development works and other government initiatives have substantially slowed down because of the prevailing situation in Kashmir.

The Director Information said that despite huge drop in advertisement inflow, the Department is trying to maintain a judicious balance in release of advertisements to the empanelled newspapers and periodicals in Kashmir as per the Advertisement Policy to ensure whatever possible financial support to them amid testing times. “The Government is conscious of the fact that like various other sectors and businesses, the newspaper industry in Kashmir is going through difficult times because of the prevailing situation, and every effort is being made to extend whatever advertisement support is possible to the newspapers and periodicals,” he said and added that, however, in the absence of any developmental activity, the government advertisements being issued in Kashmir amid prevailing situation are mostly of urgent nature relating to admissions, conduct of competitive examinations and recruitments, and on the specific request of the advertising departments such advertisements are being issued to widely circulated newspapers to ensure maximum outreach.