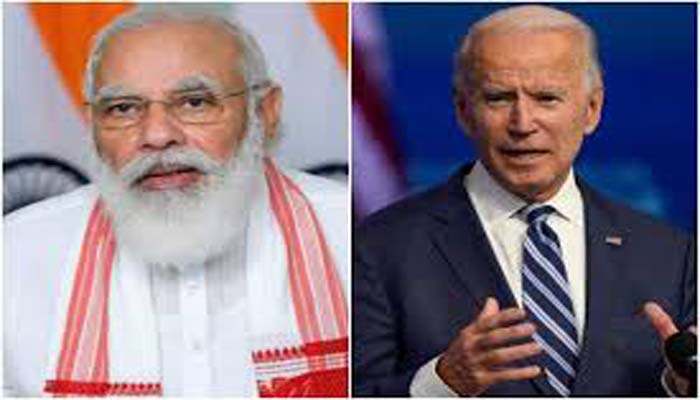 China’s aggression in Ladakh, terrorism in the region and steps to further cement India-US defence ties will be on the top of the agenda when the US defence secretary Lloyd Austin arrives in India this evening for the first in-person engagement between the Modi government and Joe Biden administration, people familiar with the matter said on Friday.

“This is Secretary Austin’s first visit abroad after the Quad summit and the first high-level visit by a senior representative of the new US administration. Meetings will be on broad issues, not a detailed exchange of specifics,” said a senior government official.

India is the third stop of Austin’s three-nation tour, an effort by the Biden administration to bolster a united front against China which was famously described by Austin as the “pacing threat”.

“China … presents the most significant threat going forward because China is ascending,” Austin told the Senate confirmation hearing back in January, underlining that in contrast to Beijing, the threat from Moscow “is in decline”.

“Our goal is to make sure that we have the capabilities and the operational plans and concepts to be able to offer credible deterrence to China or anybody else who wants to take on the US.”

Austin’s arrival in Delhi coincides with a crucial meeting between top officials of the Biden administration and President Xi Jinping’s China in Alaska. By all accounts, this is expected to be a difficult meeting with Washington determined to red flag its concerns around several issues such as human rights in Tibet, Hong Kong, Taiwan and western Xinjiang region apart from China’s assertiveness in the neighbourhood. These are issues that Xi Jinping’s party believes the Biden administration should steer clear of.

US secretary of state Antony Blinken amped the pitch well before the meeting starts, referring to Beijing’s “consistent failure to uphold its commitments” and its “aggressive and authoritarian behaviour” that challenges the stability of the Indo-Pacific region.

This is an issue that is also going to be discussed when Austin holds meetings with top Indian leaders.

The visiting top official is expected to call on Prime Minister Narendra Modi a little after 6 pm today to deepen bilateral defence cooperation and further Quad.

The former US Central Command chief will also hold talks with National Security Advisor Ajit Doval; the two sides are expected to discuss ways to deepen bilateral cooperation and counter-terrorism.

As the 12th Central Command chief, Secretary Austin is well versed with the threat to global security from radicalization and terrorism after seeing the rise of the so-called Islamic State in Iraq and Syria. He also has first-hand experience of the threat posed by terrorist groups in Pakistan to India.

Defence Minister Rajnath Singh will formally host Secretary Austin tomorrow. The visiting US official will also call on Prime Minister Narendra Modi but there is no clear word when this meeting will take place.

Officials said the Indian side is expected to brief the visiting dignitary about the on-going stand-off with China in the East Ladakh region where the People’s Liberation Army (PLA) is still to disengage from Gogra-Hot Springs and Depsang areas.

Rather than complete the disengagement from the entire stretch of the Line of Actual Control, Beijing has been going slow on withdrawing troops from the friction points. China wants Delhi to bracket the boundary dispute separately from bilateral ties and resume the economic relationship unmindful of what happened in May 2020 on the north banks of Pangong Tso and elsewhere.

The US, which has tracked the East Ladakh stand-off very closely, is quite clear on PLA aggression and has a firm idea about PLA’s capability in the Western Theatre with India. The friction between the two countries in the East Ladakh sector was also discussed when leaders of the four-nation Quad grouping held their first summit and vowed to hold a second in-person meeting later this year.

The discussion at Austin’s meetings in Delhi would be much more granular..

The two sides are not expected to sign any agreements during Secretary Austin’s visit but they do hope to firm up the roadmap to deepen defence cooperation and intelligence sharing in the Indo-Pacific. This will be done through interoperability exercises and joint training designed to make them the first responders in the vast ocean while the navies of the two other Quad members, Japan and Australia, hold the other fringes. The Quad navies plus France are scheduled to exercise in the Bay of Bengal from April 4-7 under the La Perouse banner.

India and the US have robust defence technology cooperation with Washington now willing to offer a number of high-end technologies for manufacture in India under the “Atmanirbhar Bharat” rubric. Among items that could be considered are aircraft engines, long-range drones, aircraft and multi-utility helicopters. India has already firmed up its plans to buy Predator drones from the US apart from more sea surveillance aircraft.