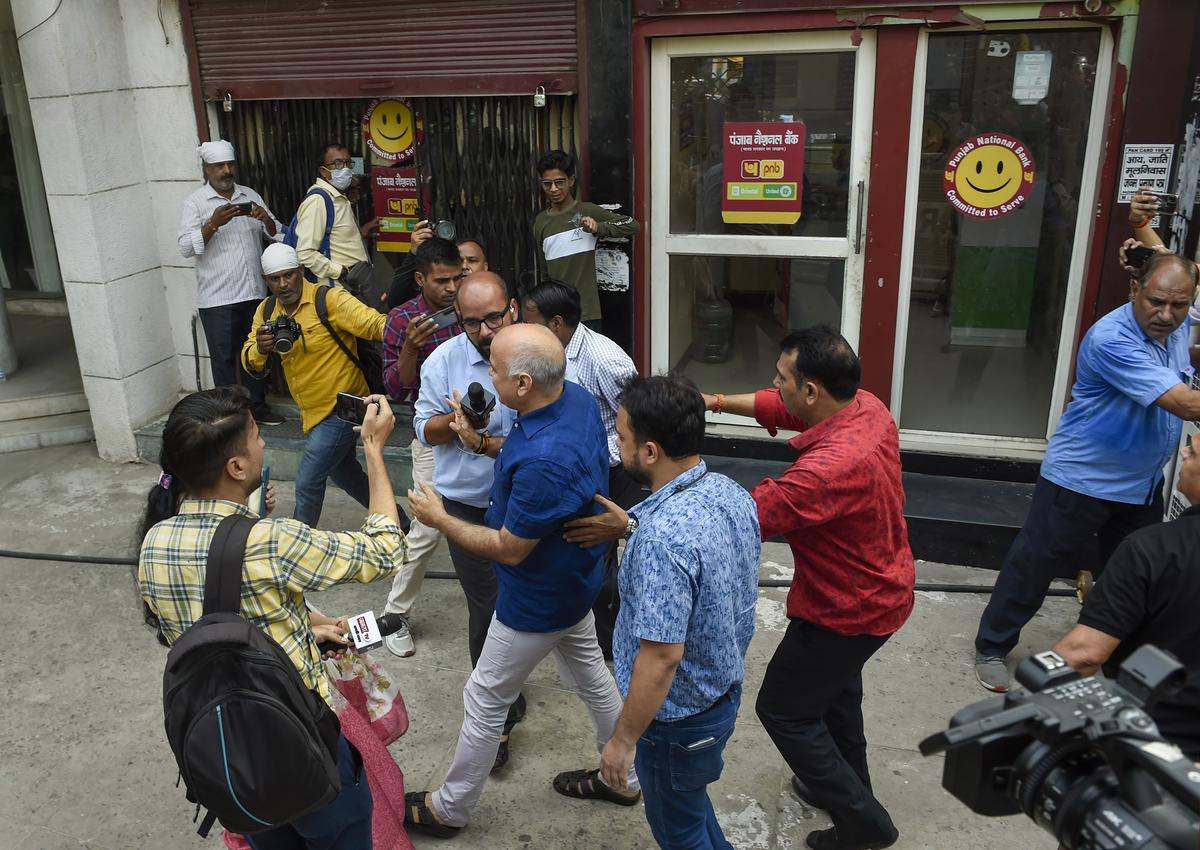 CBI officials searched Delhi Deputy Chief Minister Manish Sisodia’s locker in Ghaziabad on Tuesday, chaos reigning outside the bank as camera crews jostled with each other and curious crowds gathered to see what was happening.
A team of about five Central Bureau of Investigation officials reached the PNB branch at Sector 4 Vasundhara in Ghaziabad, on the outskirts of the national capital, to execute the search, officials said.

Mr. Sisodia was at the bank with his wife.
The Aam Aadmi Party (AAP) leader is among the 15 people and entities named in an FIR registered by the agency in connection with alleged irregularities in the implementation of Delhi government’s Excise Policy 2021-22.
“The CBI is welcome,” Mr. Sisodia had said in a tweet on Monday.

“Tomorrow, the CBI is coming to check our bank locker. They did not find anything during a 14-hour-long raid at my residence on August 19. They won’t find anything in the locker too. The CBI is welcome. My family and I will extend full cooperation in the probe,” the Deputy Chief Minister said in his tweet in Hindi.

On August 19, the federal probe agency had raided 31 locations, including Mr. Sisodia’s residence.
Mr. Sisodia has been saying he has been made an accused in a false case to stop the march of Chief Minister Arvind Kejriwal, who has emerged as an alternative to Prime Minister Narendra Modi in the run-up to the 2024 Lok Sabha polls.

During a special session of the Delhi Assembly on Friday, the AAP leader had claimed that the BJP-led Centre is acting like a serial killer to eliminate State governments and described the CBI FIR against him as “fake” and based on “mere sources”.