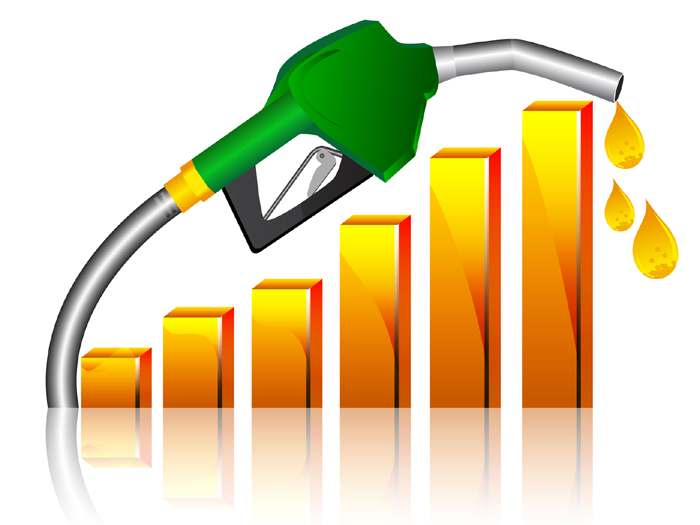 Petrol and diesel prices have been rising sharply for the past few days in India in the wake of a sharp rebound in international crude oil prices and weak rupee-dollar exchange rate.

In coming months, petrol and diesel rates may rise further as oil companies attempt to recover losses Another reason behind the hike is a strong recovery in global crude oil prices over the past few days, albeit a recent fall due to oversupply fears.

It may be noted that international crude oil prices and rupee-dollar exchange rates are crucial factors used by PSU oil firms to determine daily prices. The recent rise in global oil prices coupled with weak currency means India will have to spend more to procure oil.

This is why oil companies in India have passed on the hike to customers and customers may have to shell out more if there is further improvement in the global oil market outlook.

But whether oil price will keep rising remains uncertain as major oil producers are still wary about an oil glut.

Many experts and analysts tracking the oil market say the fundamentals remain weak and prices could fall again due to lower demand. They feel that the market will gradually recover only if the thirst for oil rises.

While oil outlook is improving slowly with the resumption of economic activities worldwide, volatility remains at large.

Experts also say that the sharp rebound in the oil market should not be taken as a cue by global oil companies to ramp up production as it would again lead to a supply glut.

While it is predicted that petrol and diesel prices in India will rise due to the global rebound, there are chances that the oil markets may collapse again due to lower demand. In such a scenario, prices of diesel and petrol may come down again.

However, it is unlikely that lower global oil prices will lead to a drastic drop in India’s fuel rates as state governments may levy an additional charge on petrol and diesel in the wake of prevailing economic crisis due to coronavirus.