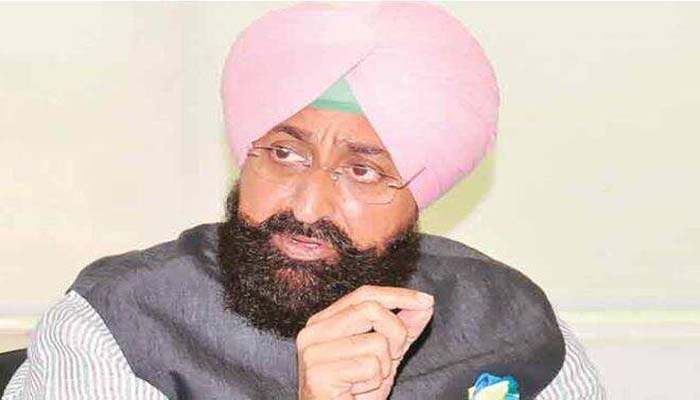 In a vociferous attack on the Centre, Congress leader Pratap Singh Bajwa on Friday compared the barricades set up at the farmers’ protest site at Ghazipur with the Berlin Wall and concentration camps, and took a strong objection to farmers being branded as anti-national and Khalistanis.

Participating in the debate on the Motion of Thanks to the President’s Address in Rajya Sabha, the senior Congress leader also demanded setting up a committee headed by a Supreme Court judge to conduct an impartial probe within two months into the incidents on January 26 that led to violence.

Terming the three farm laws as “death warrants” for farmers, Bajwa in his speech in Punjabi, accused the government of enacting them in an undemocratic manner and suppressing the opposition’s voice for division and voting at a time when migrant labourers were facing an unprecedented ordeal amid the COVID-19 outbreak.

He asked Prime Minister Narendra Modi to grab the opportunity to become a statesman of the stature of Sardar Patel by going to Delhi borders to meet the farmers and repealing the laws.

“How can farmers trust you,” he asked while comparing the farmer agitation sites at Delhi’s borders to scenes from Afghanistan, Libya, Iraq and Uganda and not the country of Mahatma Gandhi.

“You are erecting barbed wires…As if Berlin Wall is being built…You are giving Delhi borders shape of concentration camps,” he charged.

Bajwa also spoke about the visit of MPs to the Ghazipur protest site.

“Parliament is in session.Twelve parties leaders went to Ghazipur but police did not allow them to meet farmers. Is this democracy”, he said.

Criticising disconnection of water, electricity and internet at Delhi’s borders, he said this is the treatment meted out to the community which “fed” thousands of Pakistani prisoners of war in 1971 for 2 years.

“You brand us as Khalistanis…Anti-nationals…Don’t teach us nationalism. Every month a child from Punjab and Haryana returns home wrapped in the tricolour…Guru Teg Bahadur sacrificed his life to protect Kashmiri Brahmins…My brother, a brigadier at 192 Mt Brigade, led the victory to Tiger Hill,” he said.

Bajwa asserted that during the British regime farmers led by Gandhi and Patel forced the British on a back foot after six-months of agitation against farm laws and it was time now for PM Modi to show magnanimity by withdrawing the “black laws”.

“You say you are a call away…Tell me who has your number,” he said referring to the prime minister and urged him to create a new history by repealing the present laws and framing another after wide consultations.

“You claim that you will keep the laws in abeyance for 18 months. If you are ready to keep it in abeyance then why not repeal it…Go to Delhi’s borders. I will take you…Meet the farmers and tell them you will repeal the Bills…Become a statesman and win farmers’ trust…You have been PM twice,” he said and added that he was ready to take Modi to Singhu border for the announcement.

Farmers from Punjab, Haryana and Uttar Pradesh have been camping at Delhi’s borders seeking the repeal of the three agriculture laws.

They claim that the new laws will weaken the minimum support price (MSP) system. But the government says the laws will only give farmers more options to sell their produce.