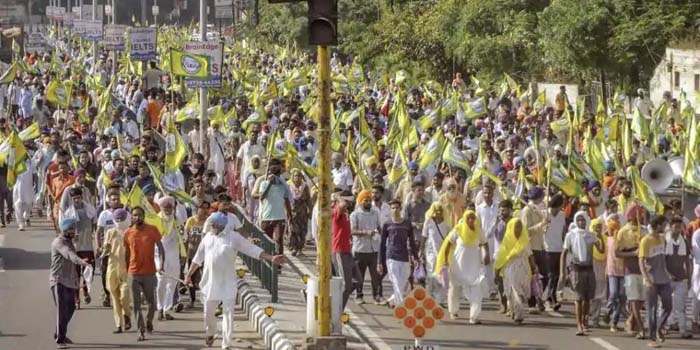 The government on Tuesday offered to set up a committee to look into issues raised by farmers protesting against new farm laws, but it was rejected by representatives of 35 agitating organisations during their marathon meeting with three union ministers that ended without any resolution.

The meeting remained inconclusive and the government has called for another round of discussions on December 3, union leaders said.

Government officials said the dialogue would continue and the next round of talks have been scheduled for Thursday.

Sources said the farmer representatives were unanimous in seeking repeal of the three laws that they have been terming as being against the interest of the farm community.

The protesting farmers have expressed apprehension that the Centre’s farm laws would pave the way for the dismantling of the minimum support price system, leaving them at the mercy of big corporates.

The government has maintained that the new laws will bring farmers better opportunities and usher in new technologies in agriculture.

At the nearly three-hour-long meeting at Vigyan Bhawan in New Delhi, Union Agriculture Minister Narendra Singh Tomar was accompanied by Railways and Commerce and Industry Minister Piyush Goyal and Minister of State for Commerce Som Parkash, also an MP from Punjab.

After the meeting, Bharat Kisan Union (Ekta Ugrahan) President Joginder Singh Ugrahan said it remained inconclusive and the government has called for another meeting on December 3.

“We are ready for a discussion to resolve their issues. Let’s see,” Mr. Tomar had told reporters before start of the meeting.

He further said the government will arrive at a solution after hearing the representatives of the farmer organisations.