Farooq Abdullah ready for talks with Modi Government , reverses his stand on no talks until 370 is restored 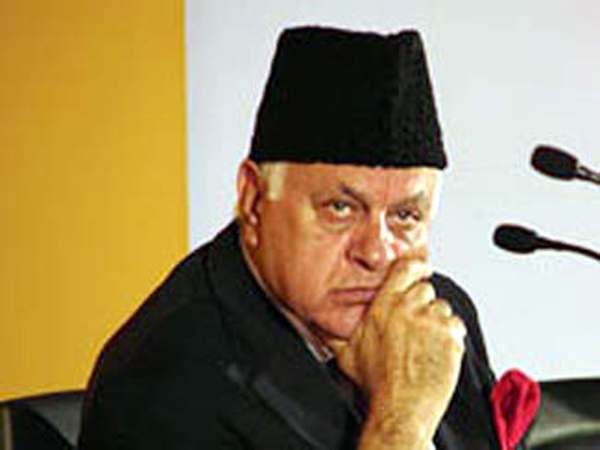 National Conference president Farooq Abdullah is willing to open dialogue with Delhi to sort out the issues facing Kashmir in a reversal of his earlier stand that nothing will come out of negotiations with the Modi government for it had scrapped the special status of Jammu and Kashmir.

“ I believe in dialogue for that is the only way to resolve the issues,” he told a TV channel in an interview in response to a question whether he would enter into dialogue with the Union Government.

Farooq Abdullah who also is the President of the People’s Alliance for Gupkar Declaration that has committed itself to the restoration of the Article 370, 35A and statehood to Jammu and Kashmir told Aaj Tak that though he will abide by his stand, but talks could provide an opening.

In his interviews last year, he had said that he could not expect anything from the Narendra Modi Government . He used to say that since the Modi government had done away with the special status of the state, so he didn’t think that it would reverse anything> Therefore , his argument was, that it would be of no use to talk to the current government.

Farooq, however, made it plain that whether the statehood is restored or not , but his party and others in the People’s Alliance for Gupkar Declaration ( PAGD) will take part in the elections.

At the moment, the J&K is a union territory . The PAGD had vowed that it would not take part in any elections unless the pre-August 5, 2019, position is restored – that is, the special status of the J&K, its flag, constitution, unbreachable exclusive rights of the permanent residents of the erstwhile state.