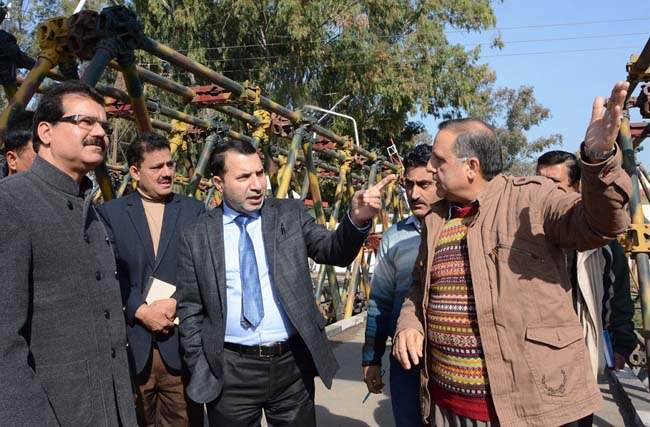 The Jal Bhawan is being constructed at an estimated cost of Rs 7.48 crore and would be completed by October this year.

With the completion of Jal Bhawan, the facility will cater to accommodation of the offices of Chief Engineer PHE Jammu, I&FC Jammu, RTIC and its allied departments. The offices will function under one roof for the convenience of the people.

On the occasion, the Secretary directed the concerned officers to speed up the pace of ongoing works and complete them within the set timeframe.

He also inspected the departmental preparedness for the upcoming Republic Day.

Later, Shah also visited various sites along the Ranbir canal to take stock of preparations for de-silting works which would be started soon. He visited Domana, Paloura and Bakshi Nagar and other areas and directed the concerned to start the work without any delay.

The Secretary was informed that the canal, with total length of 28 kilometres from Aknoor to Jammu, irrigates 39000 hectares of agriculture land during summer months.

He asked the concerned authorities to take all necessary steps to clear existing bottlenecks in this regard, besides ensuring proper de-silting and cleanliness of main heads of the canal so that task to provide timely irrigation water to all irrigation land could be achieved.

He directed the concerned agency to ensure that garbage retrieved from the canal be dumped at the identified locations only.