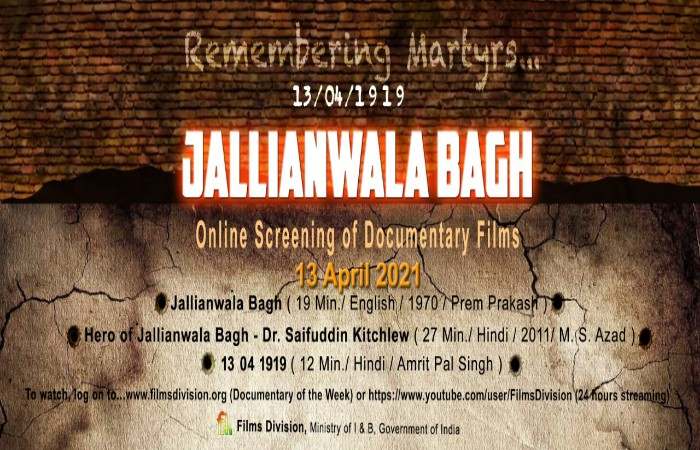 On the 102nd Anniversary of the Jallianwala Bagh massacre on 13th April, 2021, Films Division is screening three documentary films as a tribute to the martyrs of the tragedy.