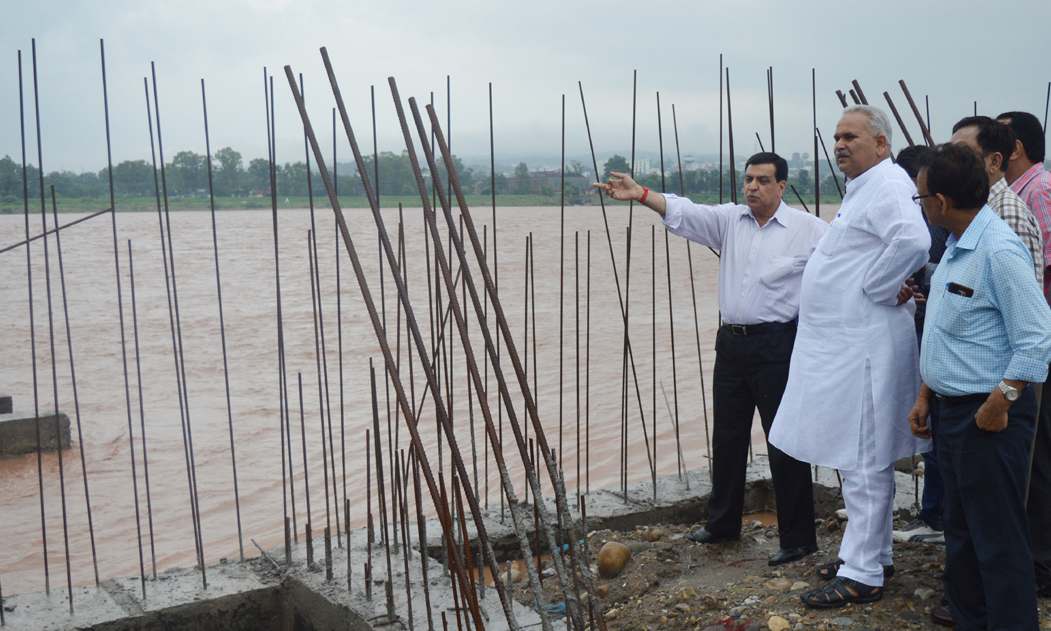 Minister for PHE, Irrigation & Flood Control, Sham Lal Choudhary today conducted an extensive tour of areas along river Tawi to get first-hand information about the losses caused to life and property due to the rise in water level in view of incessant rains in the region.

During the tour, the Minister directed the officers of the concerned department to assess the situation and come out with solutions for immediately restoring the affected areas and preventing further damages. He directed for keeping a close vigil on the situation and take appropriate measures to deal with any exigency.

The Minister was informed that the department was regularly monitoring the situation and State Disaster Response Force and Defense forces are kept on high alert for immediately responding to any untoward incident takes place in any part of the region.

Meanwhile, the Minister has appealed the general public not to venture close to the rivers and refrain from taking their livestock along the rivers for grazing in view of the unprecedented water rise due to monsoon rains.