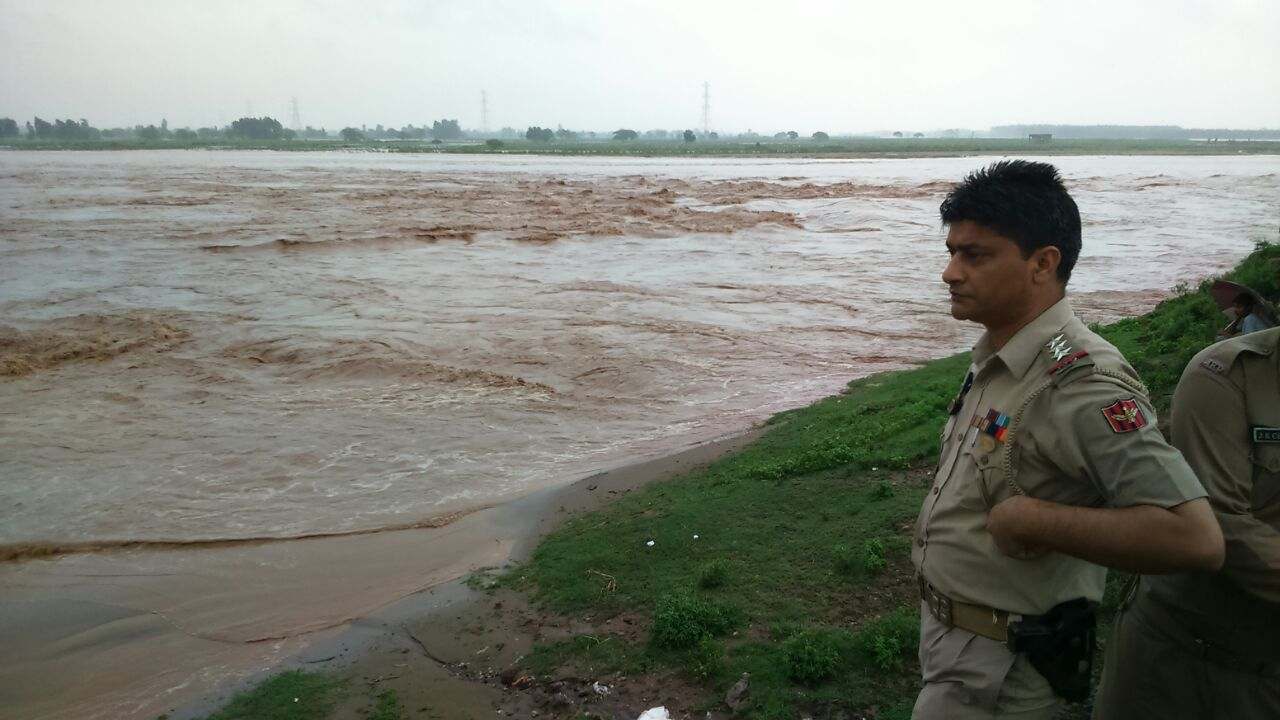 Flash flood reported from Ranbir Singh Pura area of Jammu district and Ghordi area of Udhampur district of the region.

Official sources said that though there is no loss of life reported so far, there is loss of property in both the areas.

In Gujjar Basti Kattal of RS Pura, police have rescued around 40 persons from 8 nomad families.

Meanwhile, loss of life and property feared in Ramnagar’s Ghordi area and rescue teams have been dispatched to the spot. Authorities informed that police and civil administration teams reaching the area, but incessant rains creating hurdles in rescue operation and smooth movement.