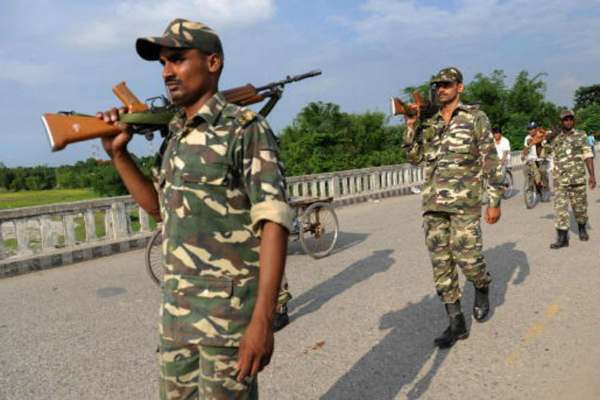 Four Seema Shastra Bal jawans were injured when their convoy came under attack by terrorists in  Zakura area, near most revered Hazratbal shrine late this evening.

The attack was mounted  while the convoy was on its way to the base camp after day’s duty, police sources said. But whether the  fire was retaliated or terrorists managed to escape  is not clear as yet. The area has been cordoned off.

This is the second terror attack in the Valley in less than a week’s time .

On Monday two terrorists had stormed into the Entrepreneurship Development Institute building near Pampore.

The gunfight  had lasted for more than 50 hours . The security forces had  neutralized both the terrorists.