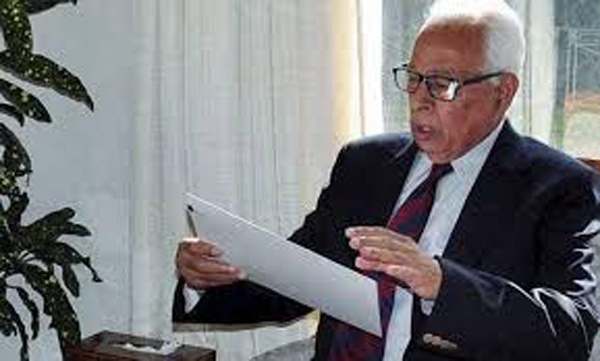 Jammu and Kashmir Governor  N N Vohra  today  listed  effective border management  and the strict  enforcement  of the  counter-infiltration and counter-terrorism  grids to  overcome the hurdles in restoring  meaningful peace in the state battered by terrorism and  cross-border firing .

These necessities for the restoration of peace and confidence among the people in the security grids  came up when the Northern Command Army chief  Lt. Gen. D S Hooda called on him on Tuesday . The situation has become grim on the security situation in the state following  Indian army’s surgical strikes  in Pakistan occupied Kashmir on September 29th in which heavy losses were inflicted on the  terrorist infrastructure   on the other side of the Line of Control.

Earlier, Vohra had held  meetings on security situation with the corps commanders of 14, 15 and 16 corps, the army corps responsible for the security on borders and internal security in  Jammu and Kashmir . Besides, he has  got the inputs  from Director General of Police K Rajendra .

According to the informed sources, Vohra has time and again stressed on nipping  in bud the evil of terrorism  and high-quality vigil on borders. He has also  asked the security forces to go in  for anti-terrorism operations .

They also discussed issues pertaining to the safety and security of the residents of villages located along the IB and LoC,” the official spokesman said.