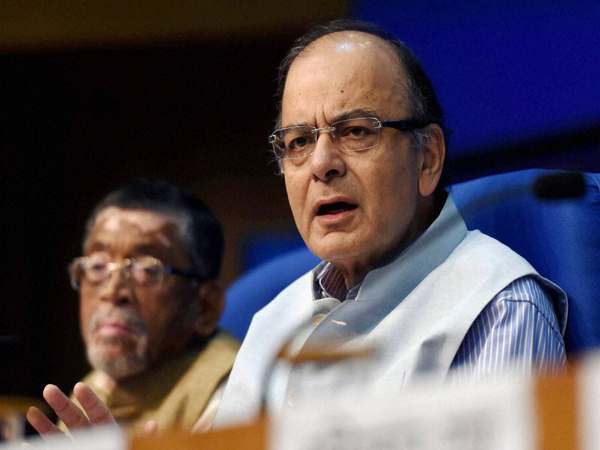 However, Jaitley did not reveal the exact date for implementation of the GST

Finance Minister Arun Jaitley has said that the Goods and Services Tax (GST), which will be implemented this year, will provide for better indirect tax administration.

Jaitley, who shared his views in a blog posted on Facebook, however, did not reveal the exact date for implementation of the GST.

“NDA Government has entered into agreements with the US, Switzerland, Mauritius, Cyprus and Singapore to curb black money,” he added.

The finance minister said that Income Declaration Scheme (IDS) 2016 was highly successful with a 45 per cent tax, adding the PAN card requirement for cash transaction beyond rupees two lakh put hurdles on expenditure through black money.

“The Benami law legislated in 1988 and never implemented. It was amended and has been put into action. The GST, which is scheduled to be implemented this year, will provide for better indirect tax administration and being a more efficient law will check tax evasion,” said the minister.

Asserting that Prime Minister Narendra Modi’s decision to replace the high-value currency and eventually demonetise it required both courage and stamina, he said, “The implementation of the decision carried pain. It can lead to short term criticism and inconveniences.”

“Drop in economic activity on account of the currency squeeze during the remonetisation period would have a transient impact on the economy. The decision involves high level of secrecy and printing substantial amounts of paper currency, distribution through banks, post offices, banking mitras and ATMs,” he added.

Jaitley said the fact that large quantum of high denominational currency has been deposited with the banks does not render this money to be legitimate cash, adding black money does not change its colour merely because it is deposited in bank.

“On the contrary, it loses its anonymity and can now be identified with its owner. The Revenue Department would thus be entitled to tax this money. In any case, the amendment to the Income Tax Act itself provides that the said money, if voluntarily declared or if involuntarily detected, would be liable for differential and high rates of taxation and penalty,” he added.