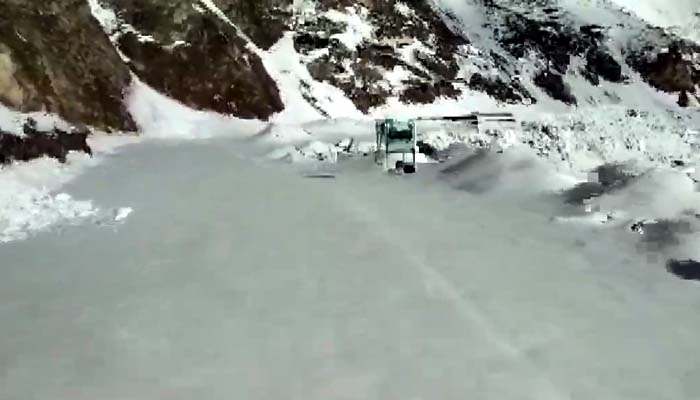 The historic road connecting Shopian in south Kashmir with Rajouri and Poonch in Jammu region was closed in December last year due to accumulation of snow and avalanches.

Snow clearance operation has been completed and one-way traffic could be restored on the road, the resident living on both sides of the road said. However, they alleged traffic has not been resumed on the road despite clearance of snow.

They alleged for going to Kashmir valley, they have to go Jammu first and then take another vehicle for Srinagar taking more than two days. However, it will take hours to reach valley through Mughal road. They further alleged that last year the road remained closed due to COVID-19 restrictions though trucks carrying fruit were allowed to ply.

They alleged that it was conspiracy against the people living on the road which is seen as alternative to Srinagar-Jammu national highway which often remain closed due to landslides and shooting stones.

They demanded immediate reopening of the road as continued closure has badly hit their business and other activities of the residents of Shopian, Hirpora, Dubjan, Lal Ghulam, Pir-ki-Gali, Buffliaz, Thanamandi and other villages.

The Centre had announced to construct a tunnel to make it all weather road. However, no progress has been made.