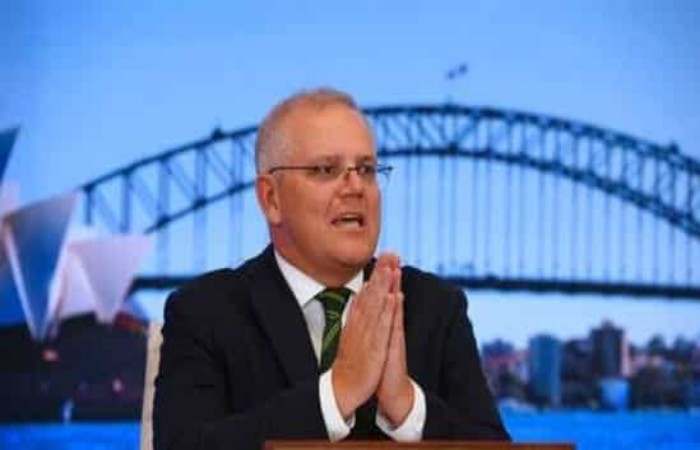 Australian premier Scott Morrison on Sunday greeted his ‘good friend’ Prime Minister Narendra Modi and the Hindu community in Australia ahead of Holi, the festival of colours on Sunday. “Wishing our Hindu Australian community, my good friend @narendramodi and all the people who are celebrating it, a happy and colourful Holi!” Morrison posted on Twitter. The Australian leader tweeted his wishes along with a video message and also wrote ‘Holi ki Shubhkamnayein’ in Hindi.

“Namaste and Happy Holi to everyone celebrating the wonderful festival of colours. Last year, the colour and the life and enthusiasm of Holi was overshadowed by the pandemic. Those difficult days meant that Holi was curtailed in just so many ways. Whilst the pandemic will still shape much of what we still do, this year we can lift our eyes and look to the future with much greater confidence,” Morrison said.

Morrison also praised India, saying the country is doing a ‘tremendous job’ in making vaccines, which are ‘helping the broader world’, and noted its role in the Quadrilateral Security Dialogue or Quad, the informal strategic dialogue between the United States, Japan, Australia and India. “We will continue to chart out a way forward together… In a spirit of unity, I wish you all a very happy Holi,” the Australian prime minister said.

Holi will be celebrated across India on Sunday even as cases of the coronavirus disease (Covid-19) are rising in the country and several states have imposed restrictions asking people to celebrate the festival with their families inside their houses and avoid crowds.

India recorded over 60,000 Covid-19 cases for two consecutive days, data from the Union ministry of health and family welfare showed on Sunday. With 62,714 fresh infections reported from across the country between Saturday and Sunday, the nationwide tally has mounted to 11,971,624. The country also recorded 312 fatalities linked to the infection and its death toll now stands at 161,552, according to the health ministry’s data. The active cases, which shows the spread of the infection, increased by 33,663, reaching 486,310.

Art 370 will not be removed by their removal : Mustafa Kamaal