The day Dharavi reported its first coronavirus case, the whole country skipped a heartbeat. Even as Mumbai had already emerged as a hotspot of the Covid-19 outbreak, a Covid case in Dharavi spelt unprecedented doom. But despite being one of the most densely populated areas in the world with zero possibility of social distancing, Dharavi has set an example for the rest of the nation.

After an upsurge in Covid-19 cases through April and May, Dharavi has managed to decrease the number of new cases in June, by a lot. From June 1 to June 7, Dharavi did not register a single death due to coronavirus.

By June 10, Dharavi had reported 1,964 cases of the novel coronavirus. Out of this 73 people have died and 939 have recovered. Dharavi’s current doubling rate is 44 days, much higher than national doubling rate.

The task was not easy. It was a massive mission undertaken by Corona Warriors from Brihanmumbai Municipal Corporation, Mumbai Police, hospitals, NGOs and sanitation department.

Why Dharavi was a massive challenge

Dharavi is Asia’s largest slum. It is spread over 2.5 square kilometres and has a population density of 227,136/squre kilometre. Dharavi is home to various small enterprises of leather, pottery, textiles, etc. It is one of the biggest unplanned settlements in Mumbai. The lanes are so narrow and the area is so large, if some unknown person happens to walk into the narrow lanes it will be difficult for that person to even come out of the settlement. Talks of rehabilitation of Dharavi are going on for several years now. Big lobbies of builders are already eyeing for the Dharavi because it is situated in the heart of the Mumbai city.

The houses are small and tightly packed. Often seven to eight people live in a small room. Most houses are not even at an arm’s distance from each other, making social distancing impossible. Despite a nationwide lockdown since March 25, the streets of Dharavi had continued to be crowded with daily hustle-bustle, up until the first case.

New cases in Dharavi since June 1:

New cases in Dharavi since June 1:

Suddenly, Dharavi became the number one priority for the Mumbai officials. They knew if the Covid-19 spread is not contained here, the loss of lives will be uncontrollable. To avoid the catastrophe, officials came up with the plan to ensure proper sanitisation, screening and medical facilities.

The man heading the mission on the ground was Kiran Dighavkar, Assistant Municipal Commissioner of BMC. Dighavkar said, “Our priority was proactive screening ie, aggressive screening and testing. We conducted door-to-door screening of people. We ensured that private clinics, which had shut down due to panic, reopened and provided services. We also set up various fever clinics for early detection. Timely separation of suspected citizens from the community area was our priority. Another key area of focus was the disinfection of public toilets.” The BMC also kept bottles of sanitisers at every public toilet, but all of them were stolen within hours.

An official said, “The theft of sanitisers did not worry us as we knew that they would still be used by the people who stole them for a good purpose. Next, we decided to install santiser which could not be detached. It was little time consuming, but most of the public toilets now have santiser which cannot be removed from the facility.”

Massive team of corona warriors on the ground

A large team of officials has been deployed in Dharavi. A team of 2,750 BMC doctors, engineers, cleaners, nurses and ward boys are working night and day. Additionally, 1200 people from various sectors have been hired from outside to serve the area during Covid crisis.

To contain the Covid-19 spread, officials identified slum clusters with maximum cases. Thirteen high-risk areas were identified and contained. However, sealing these containment zones was difficult. The BMC had to ensure that people living in these zones get a supply of food, groceries and medicines without stepping out of their houses.

Not just cops, BMC officials and NGO workers deployed in Dharavi were also infected by Covid-19. The BMC officer, who was incharge of the food supply department in Dharavi, died due to the virus. The toughest period for the BMC was when 21 members of its staff tested positive in a single day. However, all of them have now recovered and are back on their duty in Dharavi.

As clinics started to shut down to panic, the BMC took over SaiHospital, AyushHospital, Life Care Hospital, Family care hospital and Prabhat nursing home to provide Coivid-19 medical facilities. However, as the patient load increased, critical patients and patients above 55 years of age were sent to peripheral hospitals. A Covid facility with cardboard beds in Dharavi (PTI)

“All hostels, lodges and schools were taken over by the BMC to provide adequate quarantine facilities,” Dighavkar said.

In CCC1 facilities, multivitamin tablets, zinc, paracetamol, cough syrup, cetrizen and azitromycin were distributed. In CCC2 facilities, HCQ tablets to positive asymptomatic, multi-vitamin zinc cloroqueen to those below 15 years of age and above 55 yrs were given.

The cases in Dharavi may have come down but the battle is far from over. The real victory will be the day the area will be free of the deadly Covid-19 virus, which we hope happens soon. 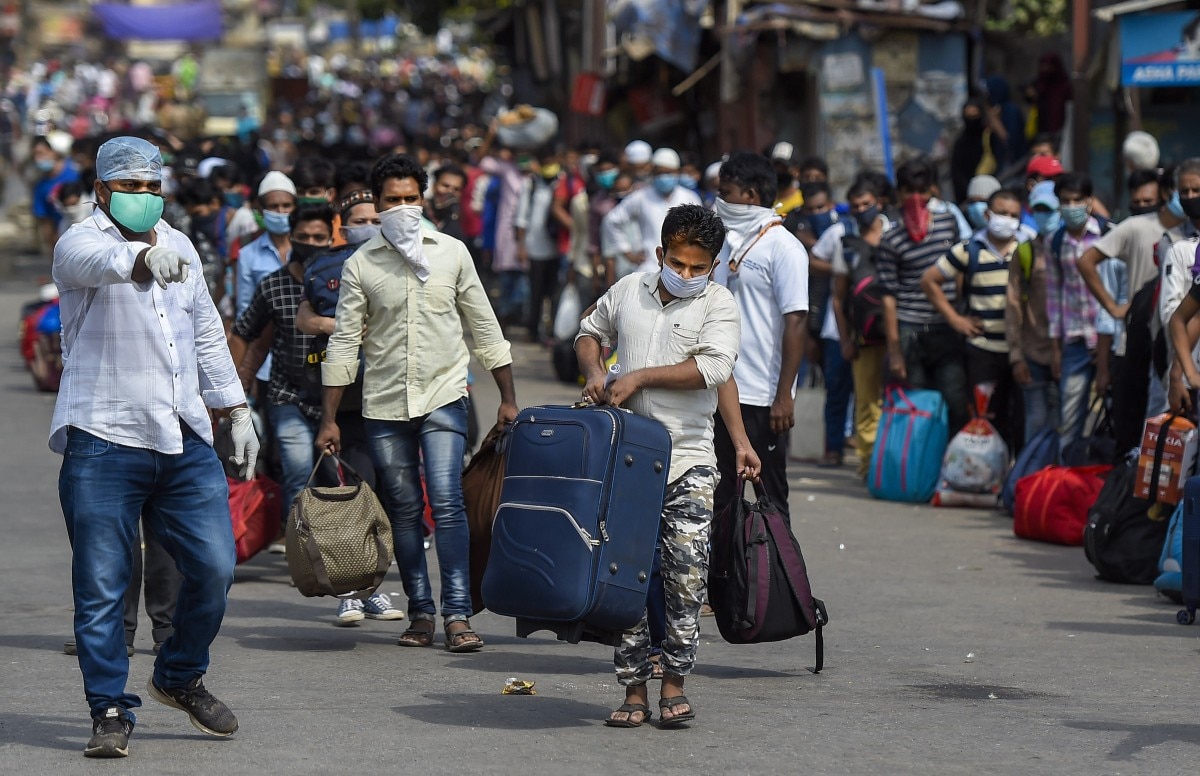