How PM’s vision of J&K is unfolding ? 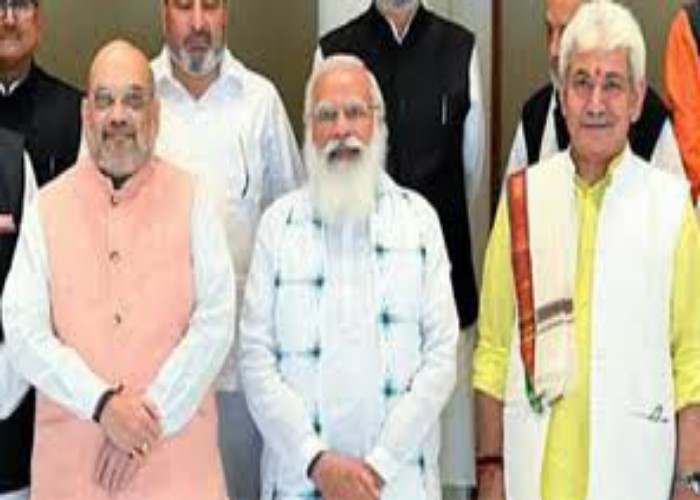 On Thursday while tweeting about the deliberations of a high-level meeting on Jammu and Kashmir chaired by Union Home Minister Amit Shah , a spokesperson the ministry said that there was appreciation of the UT administration for fulfilling vision of Prime Minister Narendra Modi of J&K.

This tweet spotlighted several aspects of the changed Jammu and Kashmir – the first and foremost that the place is now not in news for the violence , bomb blasts, shootouts and blood-soaked landscape but there is a new look out for new future in which career building and development that touches and enriches the lives of the people.

The change is visible and it is audible from everywhere with the footprints of tourists and hustle bustle of the mega functions , rustle of the packing of apples and the new hopes that have come with the new industrial policy.

In normal definition , the development means construction of buildings , bridges and laying of roads , repair of the old pathways , but this time J&K under the leadership of Lieutenant Governor Manoj Sinha has infused life into this development while navigating through the difficult times imposed on the Union Territory by Coronavirus. Of course, the whole country, like rest of the world, was in grip of this deadly disease ,the manner in which it was tackled in J&K has set its own example. The health infrastructure was never a plus point in J&K and when the virus struck, it took a very heavy toll , but the toll could have been catastrophic had the UT administration not done what it did.

Manoj Sinha led the anti-virus campaign from the front. During his interaction with the people he urged them to follow Covid Appropriate Behaviour , and, on ground visited hospitals in nook and corer of the UY. He assessed the requirements, inspired doctors and staff and then relayed everything to the Centre.

Prime Minister Narendra Modi responded immediately. The Oxygen plants were airlifted directly from foreign countries .New make shift hospitals were set up. This is how J&K steered itself through the difficult times. What had appeared impossible was made possible. To keep J&K Covid-free or keep its toll and infections low was a Himalayan task . PM ‘s vison of keeping India healthy and disease-free was fulfilled with the hard work by the administration.

LG taught a lesson to the administration how to move lock step as a team . Keeping J&K healthy was imperative for all developments to enrich the human capacity to work and achieve more .
Much more is being done by the tireless efforts by the administration drawing its inspiration fr0m Prime Minister .