‘I think it was Russia’: President-elect Donald Trump says on US poll hacking 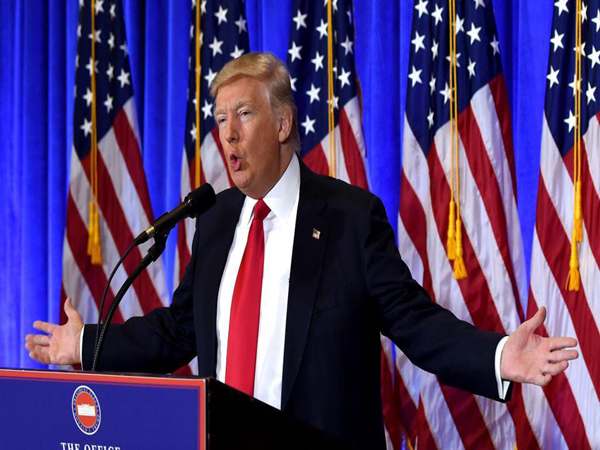 President-elect Donald Trump conceded for the first time on Wednesday that Russia was behind the hacking of Democratic institutions during the presidential election, saying , “I think it was Russia” — though a few minutes later he said perhaps it was another country.

“But you know what, it could have been others also,” he said when asked why he had been so critical of US intelligence officials.

Trump made these remarks at a news conference, his first after winning the elections, at Trump Tower in New York which was dominated by reports that US intelligence chiefs had told the president-elect about Russia possessing damaging information on him.

The President-elect said he was untroubled by the US intelligence reports that were recently made public stating that Russia preferred him over Hillary Clinton and that President Vladimir Putin ordered the election meddling to benefit him.

“If Putin likes Donald Trump, guess what folks: That is called an asset, not a liability,” he said. He added that a strong relationship could allow the two nations to work together on difficult international issues.

When asked whether he had a message for Putin, Trump said: “He shouldn’t be doing it. He won’t be doing it. Russia will have much greater respect for our country when I am leading it.”

“There’s no reset button. We’re either going to get along or we’re not,” he added.

But Trump didn’t answer the query about whether he or anyone on his campaign staff had contact with Russia during the campaign.

Meanwhile, he vigorously denied the swirl of allegations about his behaviour that was published online Tuesday, calling it “fake news” and praising Russian President Vladimir Putin for saying it was false. “I respected the fact that he said that,” Trump told reporters.

Donald Trump trashed unverified claims about Russia possessing compromising personal and financial information about him as “crap” put together by “sick people” and seemed to accuse American intelligence of leaking it.

No outlet reported details of the damaging information, saying they were unverified and unsubstantiated. The document itself was uploaded by a news publication that said it would let the American people make up their own minds.