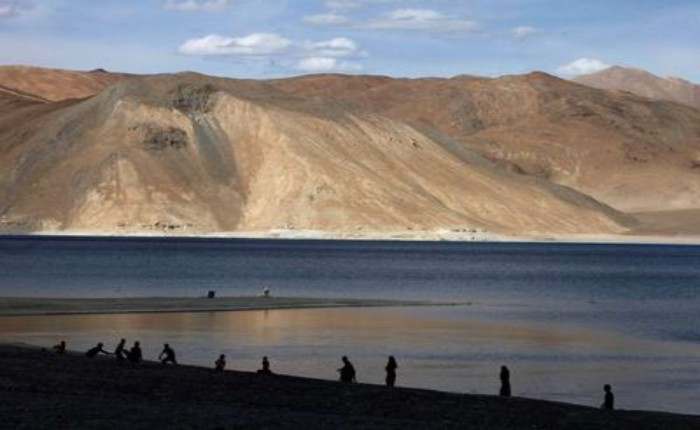 In a big development, Beijing on Wednesday said that Chinese and Indian troops have started disengagement on the northern and southern banks of Pangong Tso (lake) in Ladakh.

The Chinese state media quoted the Chinese Defence Ministry as saying that the disengagement has begun as per the consensus reached during the ninth round of military commander-level talks.

“Chinese and Indian border troops on the southern and northern shores of Pangong Lake began disengagement as planned on Wednesday according to the consensus reached during the ninth round of military commander-level talks,” state-run Global Times tweeted, quoting China’s Ministry of National Defence.

No official comment was available so far from the Indian side on disengagement at Pangong lake.

It may be noted here that the two countries have held a mix of nine rounds of military and diplomatic talks to resolve the standoff that started at the Lone of Actual Control (LAC) in eastern Ladakh in April/May last year.

While consensus had been reached at the last round of talks on disengagement at Pangong Tso, action on the ground had remained stuck as Beijing wanted India to begin withdrawing from the southern bank first where it is in an advantageous position. New Delhi, however, stood firm on the People’s Liberation Army to withdraw first from the northern bank where it has positioned its troops upto Finger 4 area. India considers Finger 8 to be LAC.

While there are many standoff points, two key areas are Pangong Tso and Depsang.

It may also be recalled that on June 15 last year, Indian and Chinese troops had clashed at the Galwan Valley in Ladakh in which 20 Indian soldiers had lost their lives. An unspecified number of Chinese soldiers were also killed in that physical clash, but Beijing has never come clean on the figure. Indian and American intelligence put the Chinese toll near 40.