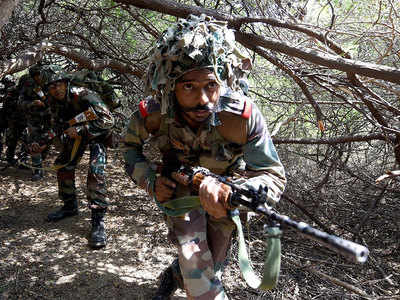 Indian government sources confirmed that shots were fired along the LAC in eastern Ladakh, adding that the situation has now been brought under control.

Shots were fired along the Line of Actual Control (LAC) in eastern Ladakh where Indian and Chinese troops are engaged in a military standoff, a source in the government confirmed while adding that the situation has now been brought under control.

The clarification comes after the Chinese Ministry of Defence put out a statement saying that there was an instance where shots were fired in presence of the Indian Army and the People’s Liberation Army (PLA). “The Indian army again illegally crossed the Line of Actual Control in Shenpao mountain near the south bank of Pangong Tso Lake on Monday,” PLA Western Theater Command spokesperson Colonel Zhang Shuili claimed.

Referring to the said incident, a source in the Indian Army said “warning shots” were fired after Chinese soldiers fired at Indian positions and there was a limited exchange. Troops on the border have been on high alert ever since they took control of Kaala top and Helmet top, the source said adding, Chinese troops have been making advances to regain control of the two strategic peaks overlooking PLA camps.

A visual from two days ago shows the buildup of the Indian Army atop the Shepao Mountain on the southern side of Pangong Tso. This is the same area where the Indian Army fired ‘warning shots’ after spotting Chinese troops heading towards the mountain top from their side of the LAC in darkness.

This incident from Monday was not the first time shots were fired during the ongoing standoff, a source said. On August 31, there was a brief exchange of ‘warning shots’ when Chinese troops attempted to approach and evict Indian soldiers from strategic heights in south Pangong. It has been clarified that these too were merely ‘warning shots’ and not offensive exchange of gunfire.

Colonel Shuili asked the Indian side to refrain from such “provocative actions”, requesting India to probe those who fired the shots. He further added, “They are serious military provocations and are of very bad nature. We request the Indian side to immediately stop dangerous actions, immediately withdraw cross-line personnel, strictly restrain front-line troops, and strictly investigate and punish personnel who fired shots to ensure that similar incidents do not occur again.”

This is the first recorded instance of firing on the India-China border since 1975. The situation at the LAC is intensifying despite multiple rounds of military and diplomatic dialogue.

Defence Minister Rajnath Singh met his Chinese counterpart Wei Fenghe in Moscow on the sidelines of the Shanghai Cooperation Organisation (SCO) meet to discuss the issue.

On Sunday, a Brigadier Commander-level meet between India and China held near Chushul lasted for nearly four hours but yielded no tangible result.

China has repeatedly blamed India for the escalations and even the violent Galwan Valley clash where 20 Indian soldiers lost their lives and the PLA incurred an unknown number of casualties.

This escalation comes days before External Affairs Minister Dr S Jaishankar is to visit Moscow for the SCO meet and will be holding bilateral talks with his Chinese counterpart Wang Yi.