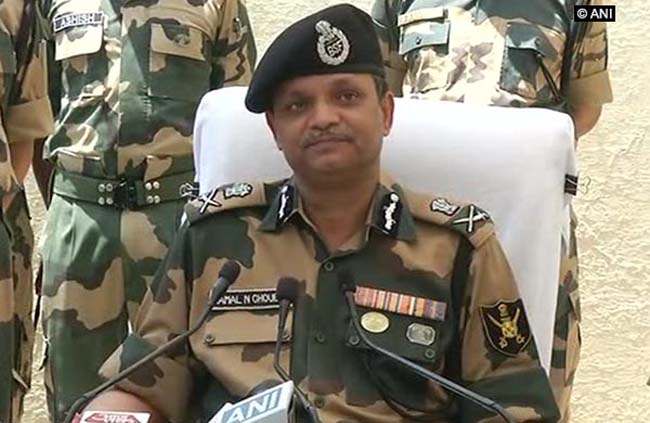 Kamal Nath Choubey, Additional Director General (ADG) of the Border Security Force (BSF), Jammu Frontier on Wednesday accused Pakistan of violating the ceasefire along the Line of Control (LoC) repeatedly, and added that India has never done so.

Choubey told the media here that Indian security forces are always prepared for retaliation and that “there is no let up in border surveillance.’

“Ceasefire is always a bilateral decision, we have always maintained the sanctity of the ceasefire, but Pakistan has violated it,” Choubey said.

“Every instrument required to protect the territorial integrity of the border is maintained,” he added.

Earlier today, four BSF personnel lost their lives, while three others sustained injuries in a ceasefire violation by Pakistan in the Chambliyal Sector of Samba.

The deceased included two BSF jawans, one Assistant Commandant and one Sub-Inspector.

In May, the Director Generals of Military Operations (DGMOs) of India and Pakistan had spoken to each other on the ceasefire violations and terrorist activities and agreed to fully implement the ceasefire understanding of 2003.

Both DGMOs had then reviewed the prevailing situation along the LoC and the International Boundary (IB) in Jammu and Kashmir, according to an official statement.